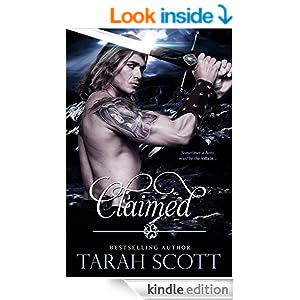 BLURB
Sometimes, the hero must be the villain...
Fourteen months ago, Lady Rhoslyn lost her husband and infant son to a fever. Now, by order of King Edward I, she is yanked from the healing tranquility of a convent to marry the king’s favored bastard knight. Rhoslyn has no intention of returning to the home where her husband and child died. Neither does she intend to hand over her fortune to the ‘Dragon’—no matter his sweet promises and warm kisses.

Talbot St. Claire tires of war. Seventeen years is enough. King Edward will never release him from service, but the king promises Talbot will find some peace in front of his own hearth. Talbot expects to find a horse-faced, hostile woman in the Scottish heiress Edward commands him to marry. Instead, he discovers a fiery Highland beauty worthy of a man’s respect...and love. Talbot determines to do anything to win his new bride’s acceptance. Anything except the one thing she demands: betray his king and embrace his Scottish heritage


He didn’t wait for an answer, but grasped her arm again and drew her toward the door. She wanted to protest, wanted to return the small chest to its hiding place—more than anything, she wanted to grab the dagger from the larger chest—but wants would not help her at this moment.
He stepped into the hallway, then pulled the door shut and waited.
She lifted her chin. “You must have a key. Lock the door yourself.”
He shrugged.
Rhoslyn cried out when he pulled her against his side. “What are ye doing?”
“I have no wish to be conked over the head or stabbed in the back while I lock the door.” His tone was mild as he opened his palm to reveal the key he’d been holding.
“For pity’s sake, release me,” she said. “I dinna’ plan to kill you by stabbing ye in the back.”
His arm tightened around her waist as he inserted the key and she was suddenly aware of his fingers pressing into her stomach and her arm wedged against the hard muscle of his chest. Her heart picked up speed. He turned the key in the lock and his fingers flexed when he withdrew the key and straightened.
“So you intend to look me in the eye when you kill me?” he asked.
“Aye,” she replied.
He drew her down the short corridor without loosening his hold. “I am gratified my wife has some honor.”
“I am no’ your wife.”
“Aye, you are.”
They reached the stairs and he urged her up ahead of him. In the kitchen, he grasped her arm and led her into the great hall. Men stood in half a dozen clusters about the room. Rhoslyn caught sight of a priest sitting with his back to them at the table nearest the hearth.
“Why is Father Crey here?” she demanded, but knew the answer. Her head whirled. What was she going to do? How could she stop this? Could she stop this? “Were ye no’ on your way to help my grandfather?”
“Aye.”
“Then how can we have a wedding?”
He looked down at her. “Even by your Scottish law we are already wed. I am willing to say the vows simply to please you.”
Rhoslyn understood. “Ye will help my grandfather only if I say the vows. Along with being a murderer and kidnapper, you are an extortionist.”
“You forgot thief,” he said.
“I have forgotten nothing.”
They neared the priest and he rose.
“I will help Seward because he is your grandfather. Is that not enough?” St. Claire asked.
“And if I do no’ say the vows?”
He shrugged and she wanted to scream.
“Then you can await me in my bedchambers until I return—or your bedchambers. I imagine there is no secret passageway in the lady’s room as there is in my chambers. I will bring your grandfather back with me and then come to you.”
Rhoslyn stared openmouthed.
“Fear not, lady. I am not so uncouth as to come to your bed straight from the battlefield. I promise to bathe first.”

ABOUT Tarah Scott
Award winning author Tarah Scott cut her teeth on authors such as Georgette Heyer, Zane Grey, and Amanda Quick. Her favorite book is a Tale of Two Cities, with Gone With the Wind as a close second. She writes modern classical romance, and paranormal and romantic suspense. Tarah grew up in Texas and currently resides in Westchester County, New York with her daughter.