An Interview With Christina Routon

Today we have the wonderful Christina Routon with us for an interview. Please help me welcome her.

Tell us about your latest book, including its genre. Does it cross over to other genres? If so, what are they?

Hillbilly Rockstar is a contemporary romance.

Down-and-out country singer Trace Harper parties like there's no tomorrow. When his manager dies, the party's over. Trace discovers he's not just broke, he's $15,000 in debt.

Lisa Jenkins worked with Trace's dead manager and offers him a project that could revive his career - and put $100,000 in his pocket. But there's a catch - Trace must sign a morals clause for the length of the project.

With nothing to lose, Trace takes Lisa on as his new manager and discovers life away from the party isn't all bad.

But Lisa isn't exactly who he thinks she is, and when Trace's ex-wife shows up with proof of Lisa's deceit, Trace has to decide if he can trust her with his career - and his heart.

I'm working on a non-fiction project right now. After that, I'll be working on the sequel to Hillbilly Rockstar. I'll be telling Michelle's story, his co-host from the TV show. I'm also considering a short story featuring his ex-wife, Trixie.

How do we find out about you and your books?

Why did you decide to write romance novels?

I read my first romance novels when I was twelve. An aunt gave me about 200 Harlequin Presents and I read them over the course of the summer. I loved the stories but wanted to know why there weren't any American characters. All characters in the Presents line seemed to be set in Europe or Australia. I wanted to write romantic stories featuring the people and the life I knew best. I'm also a very romantic person and I enjoy telling a story and following it through that first attraction through a happily ever after.

Do you have a set schedule for writing or do you just go with the flow?

I do have a schedule as I work around a day job and a family. The schedule can change, but I always know what I'm working on every day. I alternate between writing and rewriting / editing to keep my focus strong for the project.

What is your writing routine once you start a book?

I jump in and write in a linear fashion. I write after work on weekdays for about two hours and about four hours on Saturday.

Where do you start when writing? Research, plotting, outline, or...?

I do make a loose outline detailing what needs to be in each chapter. If I need to research something, I will do that before I begin to write and include information in my outline. I don't stop the writing to research, though. I make notes to myself during the writing process to check on a fact or research something and leave a comment about what type of information needs to be included.

What about your family, do they know not to bother you when you are writing - or are there constant interruptions?

They generally leave me alone, but if they really need me they know they can interrupt. I've protected my writing time, though, and they have learned that if it's something they just want to share with me or let me know then it can wait until I'm finished for the night.

What do you do to relax and recharge your batteries?

I watch TV or movies on Hulu or Netflix with my husband or we play a game. We enjoy role playing games or DVD / board games like Scene It. My son and I will have Doctor Who or Star Trek:TNG marathons.

How do you come up with ideas?

I have more ideas than I have time to write. Sometimes I have what I call story dreams. I'll dream the story from beginning to end, as if I'm watching it play out. Sometimes the details don't make sense since it is a dream, but when I wake up I write down the basic storyline. I also get ideas from song lyrics, a phrase someone says to me, or something random pops into my head during a walk.

What are your thoughts on love scenes in romance novels? Do you find them difficult to write?

I enjoy love scenes in romance novels. I think there's a place for all heat levels. I don't find them difficult to write. I enjoy showing my characters expressing their love for one another.

What does your husband/wife think of your writing?

My husband is very supportive. He reads the manuscripts, brings me tea, listens while I bounce ideas off him. He is wonderful and very supportive of my writing.

Please tell us about yourself (family, hobbies, education, etc.)

I've been married for 22 years to my childhood sweetheart. We have an 18-year-old son. We moved from Georgia to Alabama about three years ago and haven't regretted it. We love the area where we live. We're in the city limits, but it's a quiet, historic neighborhood. We participate in a Christmas event each year. We're all geeky in some way. We love our gadgets, science fiction TV and movies, and role playing games. We have two dogs and a cat. We're pretty laid back but we have a wonderful life.

Who, if anyone, has influenced your writing?

Nora Roberts, definitely. I have learned so much from how she writes and tries new things. Sue Grafton and Charlaine Harris are also inspirational to me.

Where do you see yourself in five years?

I have a specific goal to reach within the next four years, so within five years I will have reached that goal and most likely set another one. My husband and I are currently working on downsizing our lifestyle and traveling, so in five years we'll be living on the road in an RV, traveling, working, continuing to enjoy our lives.

If you weren't writing, what would you be doing?

I love pizza with spinach, Alfredo sauce and feta cheese.
I'm always ready for a trip somewhere.
When I'm alone, I watch a movie.

Dessert ~ Key Lime Pie
City ~ Gulf Shores, Alabama. Beautiful place to vacation and not as crowded as Panama City.
Season ~ Spring - not too hot, not too cold.
Type of hero ~ Strong, steady, faithful, caring.
Type of heroine ~ Strong, willing to open herself up, speaks her mind, doesn't need a man but chooses one.

Where can your readers find you?

Where’s your favorite place to hang out online? 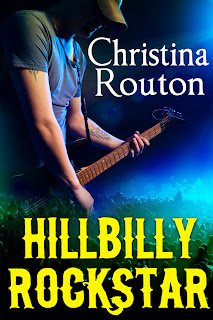 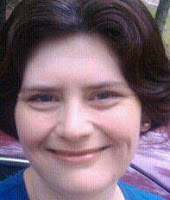 Christina Routon is originally from Manchester, Georgia, and currently lives in Alabama with her family. She works from home as a general transcriptionist, which allows her time to write fiction and non-fiction as well as work on her general transcription website. A self-professed geek, she enjoys tabletop role-playing games, watching Doctor Who (David Tennant is her favorite, but Matt Smith is growing on her), and watching anything written or produced by Stephen Moffat or Joss Whedon.