#MFRWorg gets DOWN AND DIRTY with #MFRWauthor Savannah Morgan @AuthorSavvyM 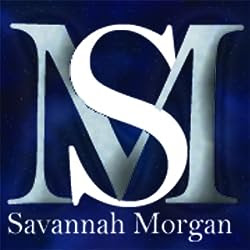 An Interview with Savannah Morgan.
Savannah lives in the Deep South with her husband and two dogs. She loves animals, travel, and reading. She has traveled and lived throughout the US and Europe during her 25 year marriage and has looked at every move as a new adventure. She enjoys meeting new people, seeing new things, and any type of adventure. She has often thought she would have been an anthropologist if she hadn't started writing first.

How long does it take you to write a book? Do you have a set schedule for writing or do you just go with the flow?
It takes me about three to four months to write a complete manuscript, if I can get the time to actually write. Because of hectic schedules, life interruptions and all the rest, I don't have a writing schedule and usually just go with the flow, writing when I get the chance. I do take a notebook with me everywhere I go so I can jot down ideas, sketch out new characters, and add to existing characters, etc..., otherwise, I would lose a lot of my ideas.

How do you come up with story ideas?
I don't really have a process where I sit down and brain storm for ideas. My story ideas come to me from any and all sources and then while I sleep I dream of the characters, what they are going through, what of their story is important and needs to be told. Once I wake up I usually have a pretty good idea of who, what, when, where and why.

What are your thoughts on love scenes in romance novels?
Well, of course I'm all for them. I think they are needed and I personally love to read a smokin' hot love scene between the hero and heroine.

What does your spouse think of your writing?
Well he calls my erotica, my smut novels all the while he is snorting trying not to laugh. He is a great fan of my Suspense/Thriller Romances and my fantasy book, neither of those genres have been published at this time, but just wait they will be soon.

Do you ever ask him/her for advice?
Yes, he helps me crawl into the mind of a man. He has saved me numerous times by telling me the male perspective on any given situation. He’s very honest and has no problem telling me, 'A man wouldn't do that, say that, act that way'.

Who, if anyone, has influenced your writing?
Mostly other authors, Sherrilyn Kenyon was giving a workshop and I had the chance to chat with her. She gave me encouragement and talked to me about my concerns of how dark some of my writing is. She told me sometimes we just have to write dark to get it out of our system. I think that is where the character of Allen McKinnon came from, that dark place, deep inside of me, that just had to come out. At times, while writing him, he frightened even me. A lot of Allen ended up in the chopped file, but I have to say he is the most terrifying villain I've ever written. Honestly though, I've drawn either some sort of inspiration or encouragement from nearly every author I've read.

What can we expect from you in the future?
As I mentioned previously, I have several things in the works. The second and third books of Sapphire Springs will hopefully be out next year. I have a new contemporary suspense/thriller series about seven female cousins who band together to form their own private security team. Each of the seven women have their own specialties, martial arts, weapons, explosives, technology. Along with their fighting and expertise in weaponry they are each professionals, one is a biochemist, another a trauma surgeon, and another is an expert at international law and holds a law degree. The others have just as exciting careers, but each has faced something in their career or personal life that has driven them to ban together to form this group. The first book in that series will hopefully be out sometime this coming winter. I'm also working on a fantasy story set in another realm with magick, dragons, and curses.

How do we find out about you and your books? How can readers/fans contact you?

Do you fans’ comments and letters influence you in any way?
I'm a new author; therefore, my fan base is rather small at present. I do answer every email and private message I get personally. I’m a firm believer that if someone takes the time to write me, whether it is to tell me how much they enjoyed the book or to give me constructive criticism, I should take the time to thank them and respond to their correspondence. Will I always be able to answer them as quickly as I am doing now? I don’t know, but I can promise I will try.

Do you have a favorite comment or question from a reader?
One of my readers wrote a very nice review. She said I wrote evil very well. Another review congratulated me and said I had found my calling. Both of those reviews made me feel as if I was doing what should be. They made me feel great.

Do you have a favorite author? Favorite book? Favorite series?
I have so many favorite authors it would take another post to list them all, but to name a few, Sherrilyn Kenyon, her Dark Hunter and League series is a favorite; Christine Feehan, her Dark, Drake and Sisters of the Heart series are some more favorites, Kallypso Masters’ Rescue Me series has me completely hooked and dying to know what comes next. Recently I’ve read Danielle James’ Forbidden Love series and I really liked, enough that I have every book she’s written. Like I said, I have a lot of favorite authors and series and this isn’t even the tip of the list."


Tell us about your latest book, including genre. Does it cross over to other genres? If so what are they?
Dreams: A Sapphire Springs Novel is my first book released. It is designated Adult Contemporary/ 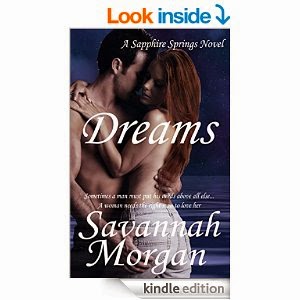 Erotica, but I think it is also a Romantic Suspense...just with language and hot sex.

Dreams is the story of Devin Blackthorn and Kylie James. Devin is a lot older than Kylie and Kylie had at one time been in a relationship with Devin's half-brother, Allen McKinnon. Devin had been attracted to Kylie from the start, but knew she was too young for him. He also wasn’t going to go after a girl that was with his brother. Through the years Devin developed strong feelings for Kylie, emotional and sexual, but felt he didn't have the right to make anything happen between them because of all the issues separating them. When Devin finally has enough of being tortured by erotic dreams of Kylie, he decides to claim her for his own, his brother and anyone else who wants to object be damned. But when Devin and Kylie finally get together, Allen returns and Devin learns some truths about Kylie, Allen and their real relationship. From that point on everything goes sideways and Devin has no choice but to protect Kylie and Jamie from his own brother. The action and sex in Dreams is both exciting and explosive, but I do warn my readers there is a part in the book that could be a trigger for rape survivors. You can read the entire interview where I talk about writing Dreams on my website www.AuthorSavannahMorgan.com.

Kylie has made mistakes in her life, but her son is not one of them. For eleven years she has kept the secret of Allen’s betrayal and remained quiet of his crimes. But when Allen returns, Kylie is afraid he is coming after her once again. To stop Allen from destroying her son, Kylie must confront her past and reveal the painful secrets she’s kept.

When Devin learns Allen has targeted Kylie and Jamie, once again he must put all his resources into protecting them, even if it means destroying his brother to do it.


5 out of 5 stars... This is the first in a series......Savannah has written an excellent book. The characters are very well developed and the story of Kylie and Devin is awesome. Didn't think they'd ever get together and I HATE Allen Savannah can write evil really well) Ready for next one!!!!!!! It is an easy read and once you get started, you will not put it down!!!!!!!... August 2, 2014, Wendy Higgs, Kindle Edition