MFRW Author Raven de Hart sits down to answer some questions about her writing...

How long have you been writing - have you always wanted to be a writer?
I started writing seriously in high school, where I would write stories of a particular adult nature and circulate them. I daresay my name would still be known in those maroon-painted halls, if you find the right graffiti. Unless, of course, they've remodeled.

And no, I didn't always want to be a writer. At least not professionally. I saw myself as a painter or a photographer, and an English teacher, in my later years, when I got a little more grounded.

How many books have you written, how many have been published?
I currently have four books written, and am drafting a fifth at current. I have two published (Wild Ride and Duetto Culminante), as well as one under contract (Street Magic) and one that I have relegated to the 'Needs Heavy Rewrites' file

Among your own books, do you have a favorite book? Favorite hero or heroine?
My favorite book I've written is Street Magic. It felt like a free book, to me. I'd finished my previous project two weeks ahead of schedule, so I got to write it in a flurry of unplanned glory. And I loved the way it turned out.

My favorite hero is probably Gidid, from Wild Ride. He was such a zen character to work with, very in tune with nature and the universe. And the way he looks (at least to me) is breathtaking. From a purely artistic point, not just a matter of physical appeal.

What is the single most important part of writing for you?
For me, it's the feeling. Writing is catharsis. It not only allows us to feel, it thrusts emotions upon us. Emotions that we may or may not always get the chance to experience in our outside lives. Reading is a path to it, but I obviously feel most connected when I'm writing the characters and actions and emotions myself. It's healthy.

What do you enjoy most about writing?
The surprises are the best part. When you're writing, you can plan all you like, but sometimes, things will fit together just a little too well. Things that you didn't purposefully put in there. I don't know if it comes about by chance, or if it's a subconscious mechanism, but finding them is pure exhilaration.

With a sickening truth staring at him, Larik doesn't know what to think. He focuses on the one thing he can: Gidid, the man who saved him. Because faced with a new reality, his feelings are the one thing he has some control over. But even that could be torn away by the conflict, leaving him alone. 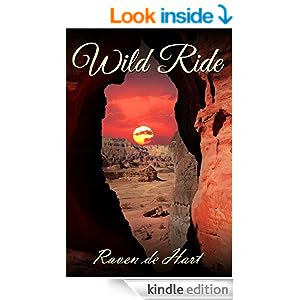 A sudden movement pulled Larik's attention away. On the smaller hill, the mage corps dropped their invisibility. He saw them raise something, some sort of gray stone, and start maneuvering it, but he didn't risk a real look. Instead, he forced Tufex forward, rushing in to help Bincha even though he knew he wouldn't arrive in time. Damn fool.
The rider he'd seen before locked his manticore's horns with Bincha's, lodged them together in an unbreakable hold. The two beasts warred, both pulling back, but the Kipzian won out. His manticore stood a bit shorter than Bincha's, but he swung and tossed his beast's head, keeping Bincha off balance. They inched ever-closer to the mouth of the tunnel.
""Move!"" Larik hit Tufex's sides, harder than he needed to, probably. The roar, like the trumpets of the Gods, forced all the other manticores away, clearing a straight shot. He pushed as much speed as he could from Tufex. Wind slapped against his face.
General Zart chased after him, screaming, ""Stop, Lieutenant! That's an order!""
""That's one of my men!"" Horns first, he crashed into the two locked manticores, breaking the hold. The three of them tumbled into the cave. Larik wheeled around. ""Bincha, go back!"" He led Tufex lower to the ground, tightened his fingers over the reins. Bincha darted away, leaving Larik to face off with the Kipzian. The spines on Larik's boots brushed through Tufex's fur, ready to launch the beast into an attack.
Something up at the mage corps' hill caught his eye. Up there, a pillar of gray stone shined, casting multicolored rays of light from the top. Six of the mages moved the pillar, pointing the top straight at the cave. The rest of them stood behind it, the same light that came from the pillar emanating from their bodies, joinining it in one massive aura.
""Lieutenant Larik, get out of there now!"" Zart waved a red flag at him. ""They're going to blow the cave! It's the last one!""
The skin on the back of Larik's neck tightened. The hair on his arms prickled. ""The last what?""
Zart spat out an obscenity. ""Just get out of there!""
Get out. Larik rushed closer to the exit, but the Kipzian nobleman blocked his way, the body of his manticore a wall of red. Tufex rammed his horns forward, but the Kipzian jumped, lashing out with his manticore's tail. The side hit Tufex and knocked them both back.
Larik pushed Tufex forward again and shouted, ""Stall them!"" over his shoulder. The end of his sentence cut off in a rumble, and not one from a manticore. The cave shook. ""Damn it!"" The hardest kick he'd ever given Tufex. They rammed into the Kipzian's flank, but red sandstone already showered down. ""Damn the Gods!"" The rest of the cavalry disappeared as rock piled into the mouth of the cave. General Zart's words echoed in his mind. It's the last one!
He never got his question answered: what was this the last of?

About Raven de Hart
After years on hiatus, Raven de Hart returned to writing her tantalizing tales of gay love. When not writing or researching, she can be found tending her herb garden, playing with her Basset hounds, drinking wine, and trying to figure out this new-fangled Internet fad.