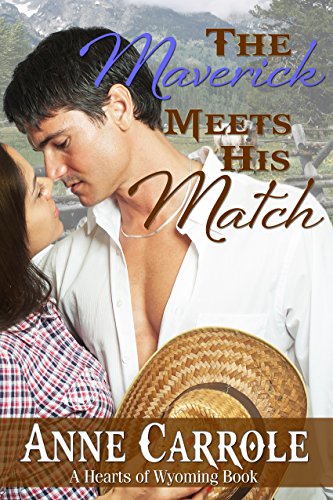 Rodeos, wedding bells, and one crazy will!

When Mandy Prescott’s grandfather dies, this determined cowgirl expects to head up the family’s stock rodeo company. But JM Prescott’s last will and testament not only gives that honor to Ty Martin, a man who broke Mandy’s heart a decade ago, it contains a crazy provision: to wrest back control, she must agree to marry Ty Martin for a period of six months. Mandy has three days to decide—marry a man she doesn’t trust but is still attracted to, or risk her company being sold. Risking her company is one thing. Risking her heart is another

She wants her company back and him to disappear. He wants her…for a while at least.
She fears she’s risking her heart; He fears he’s playing with fire.
Are they ready to gamble on their future?


Mandy Prescott misstepped on the tan carpet of the law office’s hallway almost causing her to stumble. Ty Martin stood in the conference room doorway, looking like he’d strode out of an Old West wanted poster, given his six-foot height, the stubble shadowing his firm jaw, and the black suit jacket outlining his broad shoulders. Dark eyes peered at her from under the brim of a Stetson pulled low enough for the back of his ebony-colored hair to feather the crisp white collar of his shirt. Neater than an outlaw, maybe, but no less threatening.
“I didn’t know Ty would be here, did you, Mandy?” her mother whispered, leaning closer as they walked and bringing a whiff of Chanel No. 5 with her movement.
Her heart pounded hard against her ribs, like it wanted out.
“No.”
Brian Solomon, the family attorney, had said only the main beneficiaries of her grandfather’s will would be in attendance. To her that had meant family. But there was Ty, leaning against the doorjamb with arms crossed and an annoying smile gracing a face she’d once found attractive.
Devils were always tempting.

ABOUT THE AUTHOR
Anne Carrole writes about men who have grit and integrity and the women who love them. She’s an eastern girl with a western heart who was raised on a farm (yes, they have them in the east) with horses, dogs, cats, chickens, rabbits and whatever other animals she could convince her parents to shelter. Besides a good book, she loves gardening, history, tennis, and watching football. Married to her own suburban cowboy she’s also the proud mother of a twenty-something cowgirl.

Where does #MFRWauthor @AnneCarrole get her Story Ideas?

MFRW author Anne Carrole shares where her story ideas come from.
Anne Carrole has been writing stories since she was in elementary school but back then the hero was more likely to ride a bike not a horse and share a stick of gum rather than a kiss. Her muse usually comes wearing a cowboy hat. Raised on a farm with horses, dogs, cats, chickens, rabbits and whatever other animals she could convince her parents to shelter, she’s married to her own sweet-talking hero and is the proud mother of a college-aged daughter. They all share their home with a sleek black cat with way too much attitude.

My story ideas often come from people in real life who inspire me. I have always been fascinated with the history of the American West and that led me to an interest in rodeo and ranching (I’m a farm girl, after all) which infuse the Hearts of Wyoming Series of which The Maverick Meets His Match is Book 2. There are only a few, very few, women who raise livestock for rodeos and Mandy was inspired by one of them, a woman who recently began to run her father’s well-known rodeo company. Intrigued I read a few articles about her, since she is somewhat of a phenomenon, and also read a book on the family’s business. That was all I needed for the imagination to saddle up.

As for why a romance? I love writing romance because you get to explore the characters—their past, their growth, how they change, and how they remain the same. In romance, the characters are the story so having interesting characters to explore is important. As both a reader and a writer, I want that Happily Ever After. At the end of a long day, I don’t want to read about someone else’s misery unless I know that at the end, it is going to be all right. In a world where so little seems in my control, I need to know it is going to come out right. I believe a good story is one where we want to empathize, sympathize, feel for what the character is going through.

One of my favorite book reviews received from a reader was this: “I have just finished reading Loving a Cowboy and I have to say they don't come any better than this! I laughed and I cried (happy tears).”  Reading that review I felt I had done my job. And what is better than the emotional whirlwind you are in when you are falling in love.

Anne Carrole's recent release is The Maverick Meets His Match. 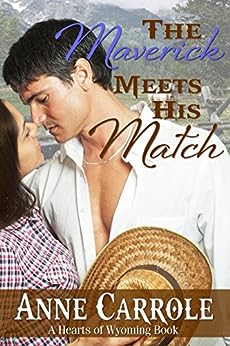 BLURB
Rodeos, wedding bells, and one crazy will!

When Mandy Prescott’s grandfather dies, this determined cowgirl expects to head up the family’s stock rodeo company. But JM Prescott’s last will and testament not only gives that honor to Ty Martin, a man who broke Mandy’s heart a decade ago, it contains a crazy provision: to gain back control, she must agree to marry Ty Martin for a period of six months. Mandy has three days to decide—marry a man she doesn’t trust but is still attracted to, or risk her company being sold. Risking her company is one thing. Risking her heart is another


Ty Martin had never regretted the choices he’d made, until now. Shading his eyes against the sunlight glinting off the dial of his Rolex, he checked the time. Twenty minutes until life changed. Maybe temporarily. Maybe for good.Or bad.Tamping down the unease that always came with loose ends, Ty moved past the corrals where the cowhands were topping off the water troughs. Heads popped up like jack-in-the-boxes, but no one acknowledged him. Not a word, not a wave, not a nod. Instead, they stared as if he were some curiosity on parade.Ty tugged the brim of his Stetson lower. At least being an outsider would make decisions easier.Without breaking stride, he swept by the barn where the stalls were being mucked out and moved on past the low building that served as an office for the livestock rodeo company he would now head. Dust kicked up as he went, coating his custom-made alligator boots and threatening to settle on his black dress pants.A steer bellowed in the distance, part of the ranch herd that had been brought in for culling.He scanned the side parking area for a gray pickup truck. Silver metal glistened just a few feet away from his black BMW. At least he wouldn’t be the last one to walk into the lawyer’s office.For most of his life he had run from anything to do with ranching, working his way through law school, scoring a job at a land development firm, and fighting his way to a partnership—only to eventually walk away. And now, here he was, heading up a livestock operation. A rodeo livestock operation.Just a year. That’s what he had promised. Just enough time to decide the fate of the company that bore another family’s name. And they would hate him for it, or at least one person would hate him for it, if she didn’t already.