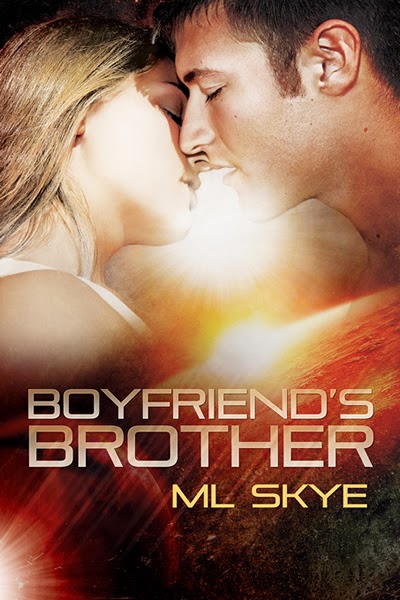 Today we have the wonderful West Thornhill with us. She brings us an excerpt of her book, Transcend. You can find her at her blog http://wthornhillauthor.blogspot.com. Transcend is published by Silver Publishing and you can purchase it here https://spsilverpublishing.com/product_book_info/new-release-c-1/transcend-ebook-p-719

Excerpt:
Gael looked at himself one last time before dropping the towel held tightly in his hands and leaving the bathroom. They were coming to pick him up and take him to his new home in Richmond. At least it was only an hour away from Rick's home in Williamsburg. If things didn't work out, he could always call Rick to come and get him. He stopped when he heard voices coming from the kitchen. 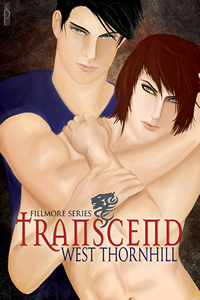 "So, where is he? I'm surprised you're ready to give him up." There was a teasing note in the melodious voice.
"You're so funny, Tink. He'll be down in a few minutes." Gael could hear the warmth and concern in Rick's voice. "This is a big deal for him."
"Fine. I'll behave for now."
Gael could hear the teasing in her laugh. A laugh that reminded him of the wind chimes in Hawaii.
Gael sighed and slowly edged away from the wall he'd been leaning against. Determined not to trip over his own feet, he strode into the kitchen feigning confidence. Nervous as hell, he wasn't prepared for his first view of Jason and it stopped him dead in his tracks. Jason had the longest legs he'd ever seen. They were encased in well-worn black denim that hugged them perfectly. Gael's eyes traveled up over the fitted black T-shirt to the strong, square jaw. He gasped. It felt like the air he sucked in couldn't reach his lungs, making him lightheaded and dizzy. He'd known from listening to Rick that Jason was good looking but he wasn't prepared for breathtaking. On any other man Jason's slightly tilted, hooded eyes, full lips, high cheek bones, and square jaw would just be wrong. But on him it was perfect; like the Titan god Prometheus had sculpted him out of the earth to be a living testament of male beauty. His cock hardened just looking at the man.
Gael took a deep breath before continuing, trying to control his awakened libido. He knew Rick had picked up on his presence even though no one would have seen him standing in the hall. Rick, being an awesome empath, was always aware when someone was nearby, and he didn't want to see the teasing gleam in Rick's eye because of his reaction to Jason.
"Tink, your wait is over." Rick nodded to the doorway just as Gael stepped through.
Gael forced himself to smile as he walked toward them. He spoke softly. "Hey."

In 2003 I decided I was going back to college and finish my degree. Three years later I graduated from a small woman's college (R-MWC) that has since become coed with a degree in Classics and a minor in British and American Lit. It wasn't until five years after graduating that I finished and submitted my first novel, Transcend. The characters in this story have been on a wild rollercoaster ride for those five years. Yes, it took me five years to get Gael's story where is needed to be. I'm hoping for things to move a little faster for the sequel.
I have always been a avid reader and thanks to my Classics background I discovered an admiration for Ovid and Hesiod. I also think Latin and Greek are awesomely fun. Yes, I am a geek and an otaku girl. I love Yaoi manga and anime as well as Bleach and Death Note. My all-time favorite Yaoi series is Junjo Romantica.
I am also a single mom. My demon child is light of my life and he was diagnosed with Autism at the age of six. Luckily, he's on the higher end of the spectrum and currently a pre-teen handful. He has taught me a lot about how to see people and the world in general. Life is never boring and I am asked some crazy questions. I should probably brush up on my American History. LOL!
1 comment: