BOOK SPOTLIGHT: From Out of the Past with #MFRWauthor @DenyseBridger

MFRW Author Denysé Bridger released From Out of the Past, a paranormal romantic 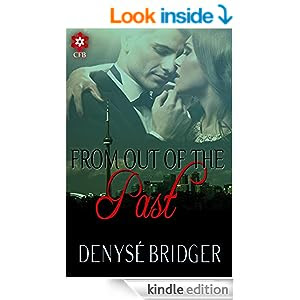 A series of killings has the Toronto Police Department in turmoil. The press has labelled the killer a “werewolf” and hysteria is on the rise in the heat of the summer… Detective Damien Knightley has secrets of his own that need guarding in this very public investigation. Knightley is a vampire, and as the case gets more complex, what he discovers has him both baffled and worried. History is about to repeat itself and explode in violent death if those involved can’t reach Toronto and capture a renegade on a blood-hunt.

What Reviewers Say...
(From) Out of the Past is a crime-mystery, a thriller, a romance--intensely sensual, interweaving 1880's London with present day Toronto in a heady blend of carefully constructed scenes and a cast of characters that bring the story to life with an undeniable authenticity. This is a tale that will satisfy on many levels. I heartily recommend it for your 'must read' list. Well done, Denysé Bridger. - Amazon Reviewer

This novel is a non-stop action packed blast from start to finish. It made it very difficult to put down. The characters are beautifully and fully developed, and the story is easy to follow and just as easy to become absorbed in. A fantastic ride through the twists and turns of the paranormal world, this novel is an absolute blast. - Night Owl Reviews


“What brings you here, Damien?” DeVallier asked, and offered the knight a drink from his private stock. When the younger vampire didn’t decline immediately, DeVallier’s full attention was captured. He poured the second glass and held it out to Damien, smiling when Knightley took the crystal goblet and peered at it.
“London,” Damien whispered, his eyes still locked on the scarlet wine. “The killings, the ones we know the ‘Ripper’ didn’t commit.”
“What of them?” DeVallier answered, his tone bored but alert to his child’s mood as he drank deeply.
“I think they may be connected to what’s been happening here,” Damien said reluctantly. He knew precisely how ridiculous it might have sounded, to anyone other than DeVallier.
“Very doubtful,” DeVallier responded.
“You know what happened there. You’ve always known!” Damien’s impatience was making him belligerent and DeVallier’s eyebrow rose, the ironic amusement clear.
“I know a great many things that I haven’t shared with you, Damien,” he taunted with a smile.
Damien glowered at him. He looked again at the glass in his hand, then set the untouched drink on the soundboard.
“What is this killer, DeVallier?”
“A madman?” the ancient vampire suggested mockingly. “A lunatic? Perhaps he’s merely a hunter such as yourself, Damien, one who’s become delusional on a grand scale?”
“You’re not helping.” Damien’s eyes were locked on the glass again, and he couldn’t have been certain if the complaint was because of the lack of answer, or the temptation DeVallier had placed before him in the glass.
“It’s not my job to be helpful, Damien,” the master vampire jeered, his mood changing subtly to a darker menace. “If you insist on playing detective, dear boy, enjoy it. But I have no interest in solving crime, or helping the police. Alysse found your little hobby diverting. I assure you, I don’t!”
“Why won’t you answer me, DeVallier?” Damien asked as the older man neared the door of the sound booth. “I know it’s not one of us, so why can’t you tell me?”
“Because I choose not to, Damien,” DeVallier said casually. He didn’t wait for further comments or pleas, simply left the former knight in silence.
Damien leaned forward, hands on the edge of DeVallier’s control board, and tried to calm the roar in his ears. The glass of blood rested on the smooth surface, the dim lights refracting prisms of color within the crystal, all of them enticing shades of scarlet. He  reached to reclaim the glass, saw his hand shake, and pulled it back with a jerk.
Damien fled the nightclub.

ABOUT Denysé Bridger
Canadian born and bred, and a lifelong dreamer, I began writing at an early age and can’t recall a time when I wasn’t creating in some artistic form. My life has had several on-going love affairs that shape much of what I write.  In the past half dozen years, I’ve released books in all lengths and genres, and it’s something I hope to continue to do for many more years. A visit to my websites will show the diversity of what is currently available, as well as other surprises and extras!