Closer To You by Reana Malori 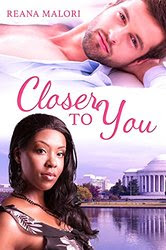 Penelope Lucas was much too serious and works too hard. On a whim, she finally decides to go out for a night on the town to let loose. When she sets eyes on the unforgettable man standing across the room, she throws caution to the wind and decides to live a little.

Gabriel Turner was not your typical guy. In fact, he was so far from the average guy, he sometimes wondered himself when where he had gotten lost. Work was too hard and life was too short. He needed something, or someone, to force him out of his stuffy, shark infested world.

What starts as a night of letting go of inhibitions and taking risks, quickly becomes a love that neither is willing to let go.

BUY LINK
ABOUT Reana Malori
Reana Malori writes interracial Romance. She firmly believes that love in all its forms should be celebrated. When she is not dreaming of world domination, you can find her setting high goals to obtain her dream of being one of the best IR authors on the market. Reana currently resides in Montclair, Virginia with her husband and two sons. When she is not writing, you can find her enjoying a good book.

The Business Of Love - Book 1 Forevermore by Anna James 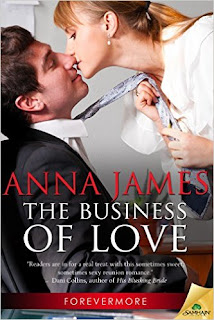 Sophia’s late stepfather splits the family firm three ways, forcing her to share the reins with Dante. The man who broke her heart. Six years ago, when he discovered she was nineteen to his twenty-eight, he shut her out.

Sophia’s resignation isn’t the moral victory over the woman who lied to him Dante intended. He misses her—and the firm plunges deeper into turmoil.

Sophia returns on one condition: equal partnership all the way. But soon it becomes clear someone is bent on destroying not only her stepfather’s legacy, but any chance of a future with Dante.

Behind their united front, they’re butting heads—and fighting their hearts.

ABOUT Anna James
Anna James writes contemporary romance novels with strong, confident heroes and heroines who conquer life’s trials and find their HEA.  Her debut story released in 2010. Since then, Anna has penned eleven novels/novellas.

Anna is married to a wonderful husband who spends countless hours picking up the slack around the house so she can pursue her dream of writing, is the proud mother of five fabulous children, and a big, loveable rescue dog the entire family adores. 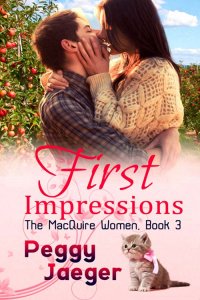 Family Practice Doctor Clarissa Rogers’ first impression of Padric Cleary is biased and based on gossip. The handsome, charming veterinarian is considered a serial dater and commitment-phobic by his family and most of the town. Relationship shy, Clarissa refuses to lose her heart to a man who can’t pledge himself to her forever.

Pat Cleary, despite his reputation, is actually looking for ""The One."" When he does give his heart away, he wants it to be for life. With his parent’s marriage as his guidebook, he wants a woman who will be his equal and soul mate in every way.

Can Pat convince everyone – including Clarissa – she’s the only woman for him?

BUY LINK
ABOUT Peggy Jaeger
Peggy Jaeger is a contemporary romance author who writes about strong women, the families who support them, and the men who can't live without them.

Her current titles, available now, include SKATER'S WALTZ and THERE'S NO PLACE LIKE HOME, books 1 and 2 in her 6-book The MacQuire Women Series, published by The Wild Rose Press.

Peggy holds a master's degree in Nursing Administration and first found publication with several articles she authored on Alzheimer's Disease during her time running an Alzheimer's in-patient care unit during the 1990s.