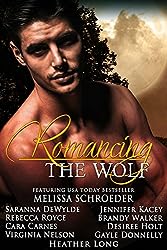 Sexy and we know it! They’re on the hunt after your heart. Discover 10 brand new passionate tales of friendship, desire, wolves, survival, and redemption. Escape to another world, another place, and another romance.

Warning: Contains wild heroes and heroines, tempestuous passion, old secrets, new discoveries, and pack ties binding them together. Sometimes love’s greatest challenge is romancing the wolf… " "Sexy and we know it! They’re on the hunt after your heart. Discover 10 brand new passionate tales of friendship, desire, wolves, survival, and redemption. Escape to another world, another place, and another romance.


Chewing the inside of her lip and maybe some of her pride, she nodded. “Yes, ma’am.” Taking the stairs two at a time, she headed for the bathroom where she washed then ducked inside her bedroom. From there, she stole a peek from her window. Sure enough, Matt leaned against his car across the street.
He straightened, and his gaze met hers as though he’d been expecting her. In fast strides, he crossed the yard, climbed the tree and alighted on the ledge outside her window before she could even get the locks undone. “You said to call you, dumbass. If my mother catches you up here…”
“She won’t,” he said with a grin, crouching to peer inside. “Damn, with the My Little Pony Shi. You still keep that crap?”
“Ignore the girly frills since I have photos proving you played with ponies, too.” Had in fact given her several over the years for her birthday.
“Stalking them is not the same as playing.” He winked, then settled his arm as if he planned to hang out. “So, how you doing?”
“I’m doing great. Everyone is so happy to see me they can only stare. My mother can barely look at me, and I’m on probation. How much better can it get?”
Scratching his chin as though to give the matter some thought, Matt scrunched his face. “Break any mirrors lately?” At her snort, he grinned again. “What? You asked me. How much better it could get?”
Her mother yelled from downstairs, and she sighed. “I gotta go. She’s freaking out and, until she accepts that I’m not going to go rob a bank or something, she’s going to keep freaking out.”
“Okay. I’ll be around. Call me later. After they go to sleep, I’ll stage a jail break, and we can get a beer.”
“Oh man.” A drink sounded like heaven. “I don’t want to make her any madder.”
The sharp, hard syllables of her name reverberated from downstairs.
“Yeah, not thinking that’s possible.” Matt winced, the rubbed his ear.
“Beer. You. Me. Let’s say midnight to make sure she’s really asleep.”
A slamming pot jerked through her. A motor down the street caught her attention. Dad was home. “You got it. Go, before they see you.”
“Later, babe.” Matt didn’t leap to the ground. Instead, he climbed higher, then over the house. Damn, he could move. Weird as it seemed, he’d gotten taller, or at least she thought so. Maybe she’d forgotten how tall he was. Retreating from her room, she made it to the first floor as her father came in from the garage.
“Hi, Dad.”
“Shiloh.” Chilly.
Damn, dinner would be fun. Maybe her brothers and sister would ignore her, too. She couldn’t wait. 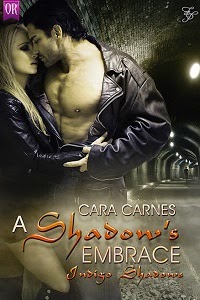