13 Interesting Facts about the Summer Solstice by Brenda Sparks 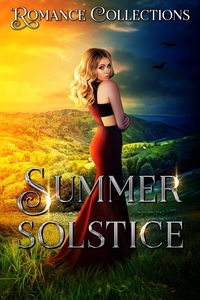 Under a Blood Moon by Brenda Sparks from Summer Solstice

Fill yourself with the heat of summer with these paranormal and fantasy reads.
From shifters to goddesses, vampires to aliens, there's something for everyone within these pages. Look no further for sizzling romances and thrilling adventures that are bound to leave you desperate for a cool down.
Genre Paranormal Romance
Book heat level (based on movie ratings): R
Tall, strong, and powerful, Caden is the last werewolf on earth most people would ask for a favor. As the leader of his pack, it is his job to keep the pack members safe—and Caden takes his job very seriously. But when a ballsy stranger shows up on his doorstep begging for help, he cannot turn her away. Unfortunately, helping her means blurring the lines of pack law and with the Blood Moon setting everyone on edge, pack rule is precarious enough.
Once a member of a formidable pack, Kate now finds herself an outsider. When her brother is imprisoned by his Alpha for helping her, it’s up to Kate to come to his rescue. Alone and lost, it seems Kate’s stars have aligned when she stumbles upon Caden—until he refuses to help. With her brother’s life in escalating peril and her faith in Caden shattered, Caden will have to risk everything while facing the most intense fight of his life…the battle for Kate’s heart.
Under a Blood Moon is part of a collection of short romance stories in Summer Solstice: A Limited Edition Collection of Fantasy and Paranormal Romances.

Where to buy Under a Blood Moon

Brenda Sparks has always loved all things spooky and enjoys incorporating paranormal elements in her writing. She refuses to allow pesky human constraints to get in the way of telling the story. Luckily the only thing limiting her stories is her imagination. Her characters are strong, courageous, and she adores spending time with them in their imaginary world.
Her idea of a perfect day is one spent in front of a computer with a hot cup of coffee, her fingers flying over the keys to send her characters off on their latest adventure.
Website http://brenda-sparks.com/index.html
Blog http://brenda-sparks.com/blog.html
Twitter https://twitter.com/brenda_sparks
Facebook https://www.facebook.com/forBrendaSparks/
Pinterest https://www.pinterest.com/brendasparks/
Goodreads https://www.goodreads.com/author/show/4416074.Brenda_Sparks
Amazon Author Page https://www.amazon.com/Brenda-Sparks/e/B00B7AJBBQ
Newsletter http://brenda-sparks.com/welcome-readers.html


#MFRW Author Brenda Sparks and her Deadly Alpha on #Thursday13

Born in Virginia, Brenda Sparks now resides in the Sunshine State. Balancing her professional commitment to the local school district with her writing is challenging at times, but writing suspenseful paranormal romances is a passion that won’t be denied. Her idea of a perfect day is one spent in front of a computer with a hot cup of coffee, her fingers flying over the keys to send her characters off on their latest adventure. Brenda loves to connect with readers. Please visit her online or stop by her website to say hi. www.brenda-sparks.com 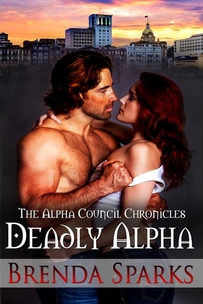 Hot sex. No regrets. Vampire Marcus Botticelli has spent his life playing the role of the fun-loving playboy. Unfortunately that lifestyle came to an abrupt end for Marcus when his life was turned upside down by his sire. Now in a new city, a new home, he hopes to make a fresh start.


Set on some big changes in her own life, Christina Prescott’s plans are sidetracked when she meets the rich and powerful Marcus. As the nurse mends the Alpha’s broken heart, he isn’t the only one who needs healing when a depraved darkness seeps into their lives.


As passion burns between the two, evil works to smother the flame of love and separate the heartmates for its own gain. With his heartmate missing, Marcus fears his claim to everlasting love will be destroyed and he will be damned to a life of insanity without Christina.


13 Reasons I love Halloween:
1) candy
2) costume parties
3) jack-o-lanterns
4) scary decorations
5) horror themed amusement parks
6) pranks
7) witches
8) trick-or-treating
9) horror movies on TV
10) children and pets in costumes
11) monsters
12) the feeling of chills going up my spine
13) And last but definitely not least, the thing I love most about Halloween is the vampires, of course. Why else would I write about them? ;)

You can read more about the author here: 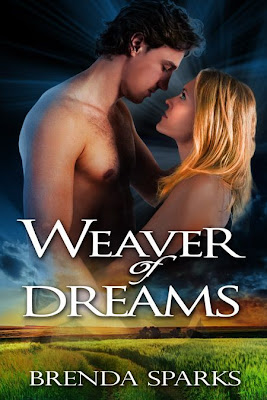 When guidance counselor Maggie O’Connell is plagued by terrible nightmares, she believes stress is the reason for her torment, but she couldn’t be more wrong.

Unfortunately for Maggie, in the shadows of her dreams lurks a Dream Stalker who is addicted to the dark emotions produced by her night terrors.

Zane, a Dream Weaver from another dimension, visits Maggie in her nighttime fantasies to discover there is more than just a Dream Stalker after her. As the man of her fantasies becomes real, Maggie’s true nightmare begins.
No comments: 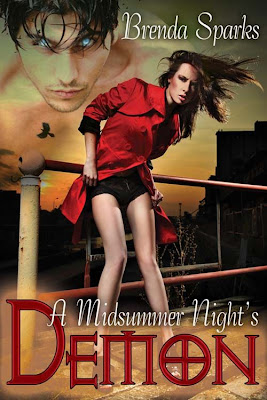 Born a demon, Daelyn Torres knows little of the world outside her home and work. A chance blind date promises adventure and perhaps a walk on the wild side. But her night on the town takes a deadly turn when she is gravely injured. A handsome, mysterious stranger comes to her rescue, bringing with him a passion she’s never experienced. Daelyn never believed in things that went bump in the night but is more than willing to be seduced by the sexy vampire who marks both her body and soul.
A dark guardian sent to investigate a series of missing person cases, vampire Ky Robinson is ready for anything, except the insatiable desire that engulfs him when he meets Daelyn. He senses their destiny is intertwined and vows to do everything in his power to keep her safe. The only problem? Demons and vampires go together like fire and ice.
No comments: