What Reviewers Are Saying... 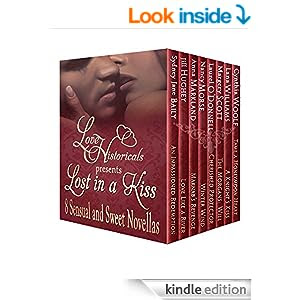 "I received an advanced copy of the 8 Amazing stories and I'm glad I did!!! It's the first time I read most of these authors and I was pleasantly surprised! Fast paced, heart warming, and full of action and romance!! I would greatly recommend this collection!! Happy readings!!!"
By Florencia Fontanon October 20, 2014
Format: Kindle Edition

"As a fan of Nancy Morse's historical novels, I loved 'Where the Wild Wind Blows', her standout romance set in the Great Plains, that followed Katie and Black Moon's struggle to find love and a place to belong. If you think Katie and Black Moon lived happily ever after, then think again. Morse revisits these two compelling characters in her new novella, 'Winter Wind'. Katie and Black Moon face new challenges, against the backdrop of history and human tragedy, in a can't put down, touching story. And Morse's association with the other fine Love Historicals authors means readers are in for a variety of delicious treats. 'Lost in A Kiss' will be sure to please all of the romantics on your holiday shopping list."
By Paula Ron October 25, 2014
Format: Kindle Edition

Jo came down the stairs from the second floor that housed her and four other women—her girls, as she thought of them. Glancing around her establishment, she faltered to a halt on the last step when her eyes came to rest on the man in black. Carter. They'd never been formally introduced, but months ago, she'd asked one of her saloon's regulars about him. Jameson Carter owned the lively riverboat where she'd once spent the night with its previous owner, the late Jack Stoddard, who unfortunately—or fortunately, depending on one's point of view—had been as unable to have relations with her as one of the worms in the small but thriving garden to the side of her saloon.

Why she didn't simply stroll up to Carter, place her hand on his broad shoulder, and introduce herself, she had no idea. Well, she did actually. He sparked an interest in her that was simply not allowed. She knew she could have him in her bed if she wanted. All her life, she'd been told of her appeal—she was curvaceous in all the right places and had naturally red-tinged lips to which men showed an inordinate amount of interest. However, at the moment, she found she couldn't put her mouth to use to smile or even to speak. She simply didn't know how to approach the man.

Jo glided quietly toward her private table. She didn't want to speak to him in the guise of a saloon owner and a madam because more than anything, she wanted to impress him, talk to him, get to know all about him. Then she wanted to run her fingers through his dark brown hair and look into his intelligent toffee-colored eyes.

Oh, she wanted him in her bed all right—after all he was the essence of dash-fire and sensual appeal—but she also wanted a man, an interesting man like him, in other aspects of her life. To take supper with, to go to a play, to sit with on a sunny afternoon and talk about the day's events or read over the local newspaper. And women like her simply didn't get that opportunity, except the bed part, and then only for a night at a time. No matter how financially rewarding that arrangement might be, it wasn't what she wanted with Jameson Carter.

With his back still to her, Jo pulled out her chair, which made a thunderous scraping sound that seemed as loud to her ears as a gunshot. She cringed as heads started to turn and Carter looked around.

Another shot rang out and all hell broke loose. Jo realized that it hadn't been her chair making the first noise after all. As her heart leaped into her throat, she dropped to her knees and scrambled under the table.

About Sydney Jane Baily
Sydney Jane Baily completed her first novel at age 17. Thankfully, it resides in an undisclosed, secure location. She earned B.A. degrees in English literature and in history, and an M.A. in literature. During her career while continuing to write stories, she has been a copyeditor, cat snuggler, proofreader, production editor, mother of two, website developer, indexer, and dog walker, among other things literary and not.

While writing historical romance, she firmly believes in crafting happily-ever-after stories for an already challenging world. Born and raised in California, she currently resides in New England with her family—human, feline, and canine.

MFRW Author Sydney Jane Baily shares 13 Things She Can't Write Without.
Sydney Jane Baily completed her first novel at the tender age of 17. Thankfully, that manuscript was soundly rejected and resides in an undisclosed location. She went on to get degrees in English literature and history (inducted into Phi Beta Kappa's alpha chapter), and has spent her professional career in publishing. She has been a copy editor, cat snuggler, proof reader, production editor, mother of two, developmental editor, indexer, dog walker, among other things literary and not. Besides writing historical romances, she continues to edit for fellow writers, and resides in New England with her family—human, feline, and canine.

13 things I can't write without
1. my dog Perry snoozing nearby
2. chocolate (preferably dark, organic, sometimes with coconut or sea salt)
3. a theme song for the story or for one of the main characters (often a popular song on the radio that gets stuck in my head months before I start to write)
4. a messy desk (just because it always is)
5. endless cups of strong Irish tea with a tspn of honey and whole milk
6. a bathroom nearby (see #5)
7. a pad of lined paper for writing when out in the world
8. a Uni-ball Signo pen (I'm very particular; these flow smoothly and keep up with my thoughts)
9. a comfy chair
10. a little peace and quiet
11. no one standing close or looking at my work
12. easy Internet access for researching 19th century
13. personal care items: lip balm, hand moisturizer, and more chocolate

AN INTRIGUING PROPOSITION (Prequel): Intent on keeping the news of foreclosure from her grieving, funds-starved family, Elise answers the bank summons and faces Michael Bradley, an old flame who still owns her heart. When Michael extends an unseemly dinner invitation, Elise invents a nameless suitor as an excuse. Now, to save face, she must produce him.

AN IMPROPER SITUATION (Book One): Desperate to keep the children she's come to love, Charlotte heads for Boston to find Reed Malloy, the heart-stealing lawyer who left the orphans in her care, only to discover that Boston's glittering high society intends to keep them apart.

What Reviewers Are Saying...
""...a glittering tale of star-crossed lovers, threatened by a web of lies... a great new book in a new series."" ~Adrienne deWolfe, Bestselling Author of Scoundrel for Hire (http://writingnovelsthatsell.com/)

""...a tantalizing glimpse of the author's delicate writing style as she melds romance with humor, conflict, and adventure. An entertaining read."" ~Bestselling Author, Marliss Melton (http://www.marlissmelton.com)
No comments: 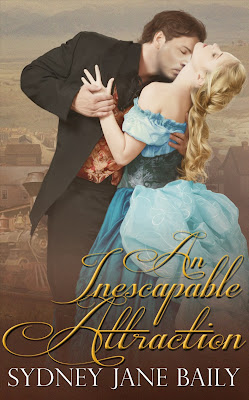