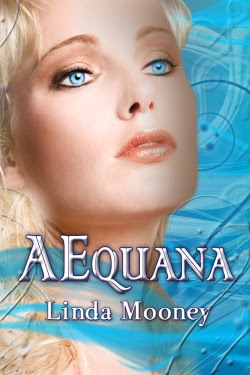 She was unique in every way, including the way she loved him.

It will take a long time before AEquana heals from the abuse and torture she endured growing up in those government labs. But Talon's love is helping her vanquish those demons and go forward with life.

Unfortunately, they stumble onto a multi-million dollar gem heist, and are targeted by those who think they're easy prey. Their enemies have no idea who they're up against when they try to take on the ex-Navy SEAL and his mermaid.

Warning! Contains a mountain-side pool, phone bashing, lubricating oil, vicious attacks, the absence of cuffs and chains, and a plea and a promise that will test the strength and depth of two people's love.

BUY LINK
EXCERPT
Bright sunlight poured into the kitchen, where she could smell the remaining odors of breakfast. The incessant pounding came from outside. As she descended the stairs, she looked outside, past the double sliding doors, to where a beloved figure was working on the new deck.
Taking a slice of bacon from the plate warming in the oven, she slowly opened the door and stuck her head outside. Colorado in late summer was green and verdant, yet anxious for the arrival of autumn. The leaves on the trees behind their log home appeared ready to turn. Despite the crisp morning, the sun kept the chill at bay.
Talon had his back to her. He was shirtless, and his copper-colored skin was covered in a sheen of perspiration. His long black hair was gathered at the back of his head with one of her hair claws. A tool belt hung on his hips as he bent over the boards on his hands and knees. She took another bite of her bacon strip when he paused but didn't turn to look at her.
""Sorry if I woke you.""
""I'm not complaining,"" she replied. It used to creep her out, how he could detect her presence, even when she took great care not to make a sound. But once she got used to it, she often tried to make a game out of it. ""What was the tip-off?"" she inquired.
""The smell of bacon.""
She glanced at the remaining bite she held with her fingers. ""This little piece?""
""Coming from the kitchen,"" he corrected himself. He glanced over his shoulder to take in her appearance. ""How do you feel?""
""I feel good."" She smiled. ""Thanks for the flower.""
""You could use some more rest. At least enough to remove those dark circles under your eyes.""
She wrinkled her nose at him. ""I feel fine, Dr. Eagletalon."" Glancing over the half-finished deck, she breathed in the smell of freshly-cut and planed wood. ""If you're not careful, you might have this finished before winter sets in.""
""Give me another week and I will."" He eyed the sweatshirt that covered her to almost mid-thigh. ""It's a bit cool out here. If you're planning on staying a while, you might want to put on some pants.""
""I told you, I'm fine. Besides, I don't want to miss any of the show.""
""What show?"" He grinned at her, then returned to his hammering.
Æquana stepped onto the boards and slowly padded over to where he was kneeling. She ran her fingertips across his muscular shoulders, and delighted in the sight of gooseflesh rising in their wake. Leaning over, she slowly licked the warm skin. Talon paused.
""Maja.""
""Do you know how sexy you look right now? All sweaty and masculine,"" she purred.
He sat back on his heels and gave her a cautious stare. ""Maja, you need to rest. Why don't you go back into the house and eat your breakfast?""
""What makes you think I didn't already eat it?""
He raised an eyebrow at her. ""Did you?""
Æquana sighed. It was of no use to try and lie to him. The few times she had in the past, he'd seen right through her. ""Nope. Not yet.""
""Aren't you hungry?""
Yes, she was, but not for food. At least, not at that moment.