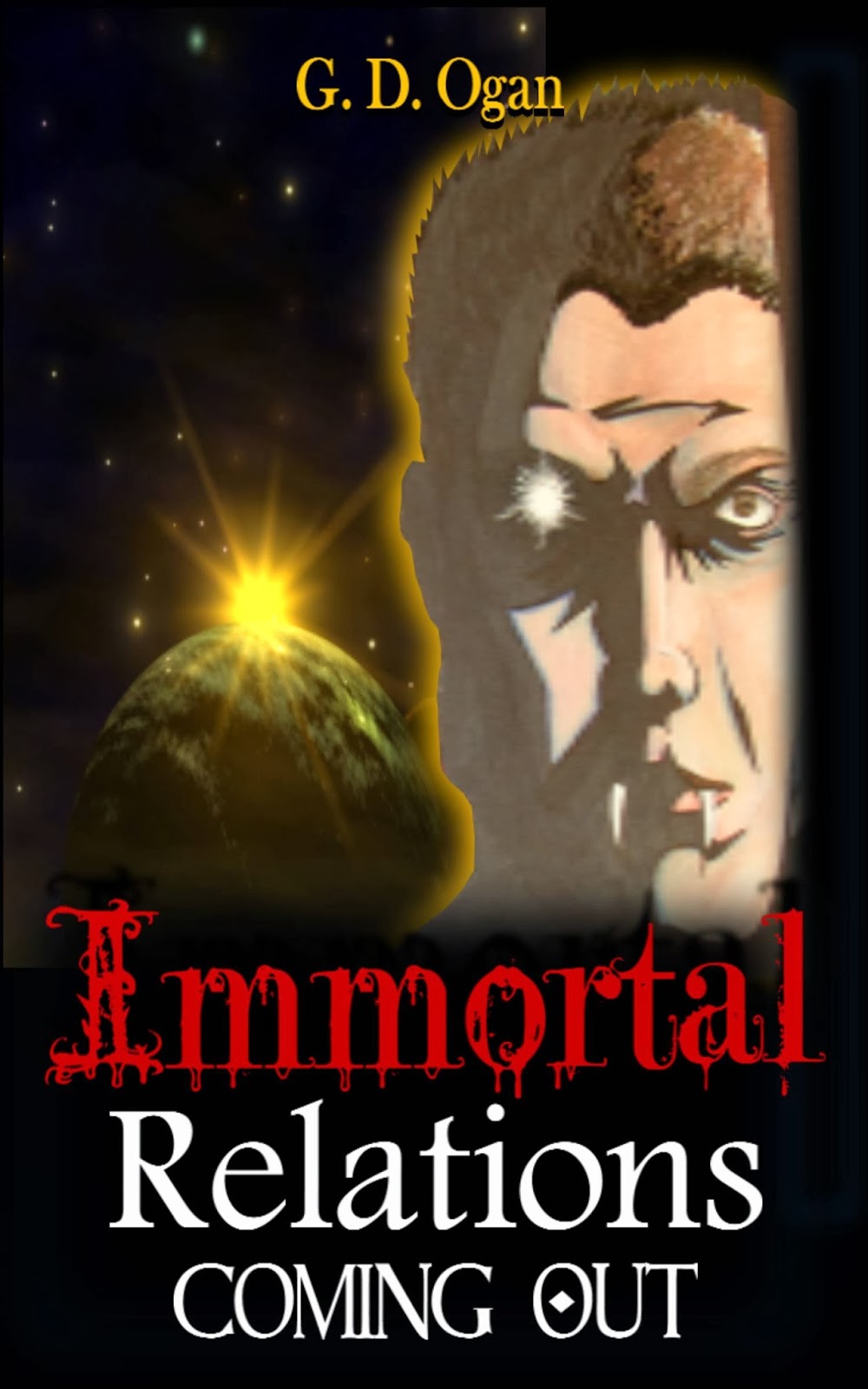 Immortal Relations Coming Out is about political intrigue against the good vampires who have done so much to safeguard the world. The regime in Washington, who behind the scenes had supported China’s invasion of Siberia, realizes the vampires had put a stop to their gangsterism. Washington had a deal with the Chinese that would have ”feathered their nest” and given them a clear road to ultimate control over the American people, so they want revenge against those who they didn’t realize at first were vampires. Of course there has to be some action to save the planet thrown in for good measure!

Heat Level: R
Warnings: Since Gary has two mates and there is some fighting and death it is for Mature Adults