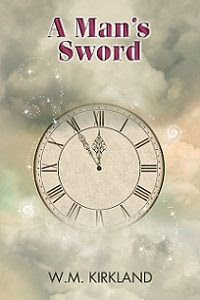 When Gabriel Woodweiss brought home an ancient sword to display as his latest antique treasure, he didn’t imagine that its original owner would show up in his basement to claim his property. One moment Marius was praying to his god to save him from servitude in the gladiator ring; the next he’s in a room where the only familiar object is his sword. The fact that a handsome man claims ownership of Marius’s beloved weapon—and knowledge of the strange and wonderful world in which he now finds himself—is proof to Marius’s mind that sometimes the gods do answer the faithful. Now Marius just has to convince Gabriel that keeping the sword is fair and just—as long as he keeps the man who comes with it.
No comments: