Today, she shares her favorite foods and her newest book. 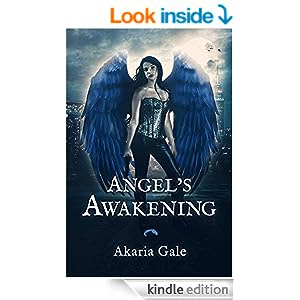 Paranormal Romance
After a disgraceful two thousand year demotion, Charouth is a heartbeat away from regaining her status as one of Heaven's Elite angels. Her final mission: to retrieve five rare artifacts and prevent Satan's escape from Hell. A formidable task that becomes nearly impossible when Azazel, Satan’s top relic hunter and her ex-lover, joins the quest.

Bloody confrontations with the worst the Netherworld has to offer land her further away from redemption than ever, forced to choose between duty or desire. Two thousand years ago, their passion defied Heaven and Hell. Will love blossom again, or will ancient allegiances tear them apart forever?


In a blink, the bald Fallen rushed to strike. She brought her arm up to block. Damn that poisoned bite. Too slow again. With the flick of a wrist, he grabbed her by the neck and slammed her against the wall. She winced as her wings made contact. Chunks of concrete fell to the ground. His nails lengthened into deadly claws. Blood oozed from her flesh. He reeked of the Netherworld. Her eyes watered, vision dimmed, face flooding red in shame. Oh, the embarrassment of it all. Outmaneuvered by a Fallen. Incapable of protecting humans. Mauled by a friggin’ hellhound. Talk about demotion. She’d be lucky if they allowed her a Watcher position after this.
“I'm gonna love ripping your head off, sheanar.”
The air thrummed with tension and power. Less potent than what the Fallen, radiated but more recognizable, this was the energy she’d felt earlier.
“Release her."" A new voice entered this little get together. It was dark and ominous, yet strangely familiar.
The Fallen loosened his grip a bit and turned his head toward the tunnel. It was so quiet. No rats scurrying in dark corners. No dripping water. Not even the distant rumble of a train. Just eerie, disconcerting quiet.
“No worries, man. I just found us a little bitch to play with.”
“Let her go.” The newcomer cocked his weapon. It echoed loudly in the underground silence. “Now.”
“Oh, come on, man. She's a spunky one. We could have fun with her. Before we kill her.”
“Amazarek, let her go. This woman is mine.”
Charouth twisted her head toward the newcomer. Her jaw dropped. She saw a ghost.