Do You Know #MFRWauthor @Heather_Curley?

She began Civil War reenacting in 2001 and is currently a corseted reenactor with the Baltimore Light Artillery, an elite artillery unit that provides demonstrations for battlefields and national parks.  After graduating college, Heather was a volunteer at Harpers Ferry National Historical Park in their archaeology and living history departments.

Heather currently resides in Western Pennsylvania with her husband and two sons.  She also enjoys white wine, One Direction, and tattoos.

Some Answers to our Questions...
Day or Night?
I usually write at night, after my kids go to bed. It's only a few hours, but it's the quietest part of the day!
Pen/paper or Computer?
I do my core writing on the computer, but I always have a pen and paper with me. I keep a notebook by my bed incase I'm influenced by dreams (which happens a lot).
Fruit or Chocolate?
Chocolate covered fruit.  Sounds healthy to me!
Coffee or Tea?
Both.  In massive, massive quantities.
Roller Coasters or Merry-Go-Rounds?
You know, I'm going to have to go with the Merry-Go-Round. Since I had my kids, just the thought of a Roller Coaster makes me feel like I need a Dramamine.
City life or Country Life?
I'm all about country life. Fresh air! No heavy traffic! (Now I'm thinking about Green Acres...)
Ebook or Paperback?
Although I've fully embraced ebooks and my Kindle, I love the feel of a nice paperback in my hands.
Cats or Dogs?
Cats.  We have similar personalities.
Wha's your Guilty Pleasure?
I don't think any of my pleasures are guilty ;) 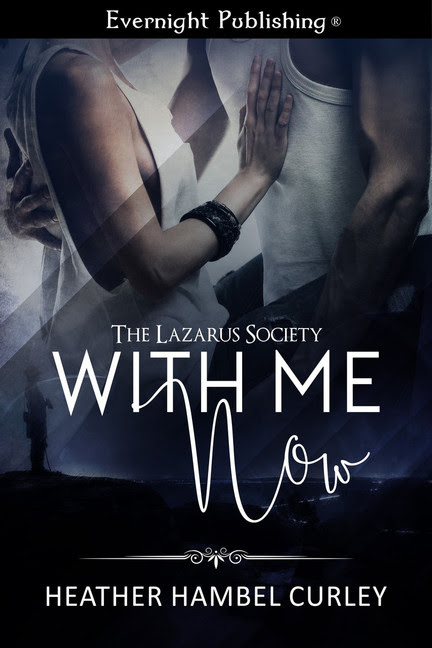 Madison Monroe is an anthropology prodigy. She’s poised to graduate with a double major, but she has limited field experience. The crowning jewel for her graduate school application is an upcoming dig in Normandy.

And she just got arrested for underage drinking.

Less than a month before she turns twenty-one.

Now, instead of taking part in her dream dig, she’s kicked off the crew and barely escapes academic probation. The only option for her application is a routine archaeological survey in Gettysburg, Pennsylvania.

Once in Gettysburg, though, the “simple” dig isn’t exactly what it seems. Madison can feel a presence watching her and can hear voices of the dead calling from the battlefield. And, when she discovers a long buried secret at the Spangler Farm, she inadvertently sets off a chain of events that will put everything—including her life—on the line.


She towel dried her hair enough to keep water from trickling down her back, and then wrapped another towel around her body.  It was a good thing she’d done a load of laundry the previous day. Not that she had “date” quality outfits with her, but she was fully aware which pair of jeans accentuated her curves the best.  She pulled on a red vintage style t-shirt emblemized with a grayed out Union Jack. It was casual and cute, though she was reasonably sure her clothes were the last thing on his mind.

The steam from the small bathroom had filtered out into the sink area, fogging up the mirror and giving everything a generally damp feeling.  She wiped her hand across the condensation covered mirror. In the unobstructed reflection she could see a figure, a man, standing directly behind her.

She bit back a shriek and jerked around.  There was no one there; the room was empty.
“Shit.”  The words felt as if they bubbled out of her throat, pushed out by her rapid heartbeat.  She gripped the countertop with one hand to steady herself.  The reflection in the mirror was clear and crisp.  It wasn’t a shadow or the light playing on the steam from the shower. It was a man.  It was him, the man who’d been watching her for days.

He’d stood and watched her at the Spangler Farm.  He’d breathed on the back of her neck, whispered in her ear as she worked in the test pit.
Now he was in her room.