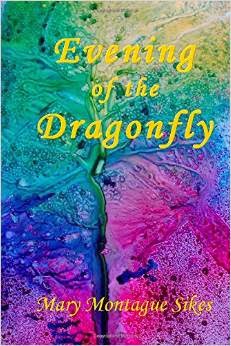 Threatening telephone calls and strange cars with dark-tinted windows plague artist/teacher Farrah Ferand. Recovering from the tragic loss of her mother, Farrah is trying to adapt to the life of a small-town art teacher when she encounters Dirk Lawrence. Her attraction to him is immediate and electric until Farrah discovers Dirk is part of an investment firm that led to her mother's downfall a few years earlier. Farrah's not too perfect dating relationship with Tom Douglas, the town favorite football coach, worsens. An unexpected encounter leads to dates with Dirk and his help with the construction of a dream art studio in her rented house. But trouble looms with Tom who believes he and Farrah are engaged, and the entire town appears to be drawn in. Haunting dreams and lost memories overwhelm Farrah as she creates paintings for a one-person art show.

Will shadows of the past ruin all hope for Farrah and Dirk?

Repressed memories haunt the life of artist/teacher Farrah Ferrand who is falling in love with a real-life hero while her small town attempts to link her with the high school football coach. Resolution to memories of her past are revealed in the paintings she creates for a one-person art show. All the while, danger surrounds her.

A PROLOGUE
Martha Ferand stepped from the real estate office onto the dimly lit brick sidewalk. Not used to the darkness, she fumbled inside her purse searching for her car keys. When she found them hidden in the very bottom, she pulled them out and headed for her small gray car parked nearby.

All of a sudden, someone jumped out of the shadows and clasped a hand over her mouth. Caught by surprise, Martha struggled but soon found she was no match for the heavyset attacker. One huge
arm held her tight while the dark-clad man pulled a vile-smelling handkerchief from his pocket.

""Help!"" she screamed, but the towering stranger stifled her words with the crush of the damp cloth against her nose and mouth. Martha struggled against his iron grip. She tried not to breathe,
but she was unable to hold her breath for long. Despite all her efforts to stay awake, her body wilted against the man's unyielding arm.

All of a sudden, Martha was looking down. She was watching a man clad in black drag a helpless woman over the rough brick side walk. He had Martha's keys and unlocked her car. Then he flopped
the limp body inside.

Who was the woman? Martha couldn't see her face. She tried to move, tried to help her, but she couldn't. She could only watch. The sinister assailant rushed around to the driver's side of the car
and slid beneath the wheel to start it. Then, they sped away into the darkness heading in the direction of the country club road that led to the lake.

“Why was that?” Martha wondered.

Martha floated above them. She watched, but she could not speak nor scream. She wanted to help the woman, wanted to wake her up, wanted to pull her from danger. But she could only observe as the man parked the car along the edge of the lake by the road. So close to the edge. Too much danger. Martha tried harder than ever to scream, but not a sound came from her mouth.

A dark hood shadowed the face of the man who pulled his limp victim across the seat to the driver's side, propped her against the steering wheel, set the car to drive, and leaped out in a flash. Moments later, he shoved the vehicle from the rear until it started to roll into the water.

Another car pulled up, and the man vaulted inside. A small shaft of light fell across the face of the driver.

Martha felt a tear slide down her cheek. She knew the owner of the vehicle. She did not understand.

Within a few moments, all the world turned black and the struggling ceased.

ABOUT Mary Montague Sikes
The power of words and their effect on others has always intrigued author, artist, and photographer Mary Montague Sikes. Since early childhood she has written about and painted the world around her. Her background includes writing award-winning freelance articles about people and travel for newspapers and magazines nationwide. She is author of eight novels, a coffee table book, hundreds of published newspaper articles and photographs, a "how-to-book, and more. Among her publishing awards is third place for Daddy's Christmas Angel in the 2013 National Federation of Press Women's Communication Contest. Her latest book, Evening of the Dragonfly, is a romance novel with psychological undertones.