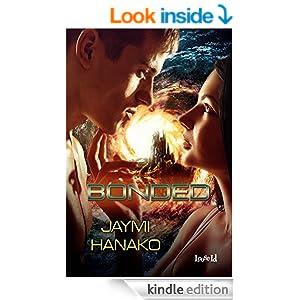 BLURB
Jaren Caradoc nearly lost his ship and his life when he fell under the spell of a black widow sorceress, but for the timely intervention of her personal slave. To repay the young woman, he plans to purchase her freedom—only to find she's being auctioned off as a virgin sex slave. Required to consummate the relationship by the auction house, he's soon caught in a web of attraction, guilt, and feelings he thought long-dead.

When Jaren buys Taimi’s contract, she thinks it’s a dream come true. But after their one night together, instead of becoming his lover, she is asked to be an employee – a medic on his spaceship. Nothing more. Can she really pretend her feelings don't exist?

Then Jaren's ex-wife, Lady Ethlinda breaks out of prison, Lorus officials impound Jaren's ship, leaving them stranded during the notorious Festival of Fertility – and vulnerable to Ethlinda's plans for revenge.


“Do you not desire me, Captain?”
“Of course I do.”
Heat flushed her face and pleasure spiked through her veins, despite the rather reluctant admission. “Then I do not see how this is a difficulty.”
“I feel like I’m taking advantage of you.”
“Please don’t worry about that, Captain. I have long made peace with my fate and what is expected of me. Although”--she managed a smile but needed to swallow hard to moisten her suddenly dry throat before continuing--“my fate seems better than I deserve, now I know it is you who controls it.”
“What do you mean?”
“I desire you, Captain.” She resisted the urge to cross her arms over her chest. To shield her hard nipples, the most obvious sign of her desire for him. Acknowledging her attraction made her feel even more exposed than her lack of clothing did.
He hesitated, then crossed to her side with quick, decisive strides. Jaren reached out and traced the track of tears flowing from her drugged eyes, his touch surprisingly gentle for all the size of his hand. “You’re still crying.”
Taimi shook her head. “Belladonna eyedrops. It’s an old trick of the sex-slave trade, or so I was told. It dilates the pupils to mimic desire but also blurs my vision, and light is painful.” He slipped his fingers under her chin, tilting her head back. She partly closed her eyes to block out the increased brilliance. If only she could look at him... “That’s why I--”
“I see.” He dropped his hand and walked away. She heard the door open, and he called for a servant.
“They can’t hear you.”
“Why not?”
“They would have vacated the area, to give you some privacy to claim your purchase. Unless, of course, you requested otherwise.” The stone floor made it easy to track his movements by the changing sound of his footsteps. She opened her eyes and could just make out Jaren’s blurry form as he stood directly under the light cauldron.
“Maybe I could--”
“Please do not trouble yourself, Captain.”
“But you’re hurting.”
The worry in his deep voice made her wince. Taimi wished she had never mentioned such a minor discomfort, but she had not anticipated he would respond like this. No one had ever shown concern for her before. “It is of no consequence and will wear off soon.” She held out her hand. “Please.”
He returned to her side. “So you can’t see what I look like?”
“I still remember.”
He chuckled. “I could have changed since we last saw each other. Turned old and hideous.”
“I doubt that.” She reached up and touched his cheek. Felt the roughness of his whiskers against her palm, easily over a day’s growth. Surprising. The Captain Caradoc she remembered had always been carefully clean-shaven.
He covered her hand with his. “This still doesn’t feel right.”
“I don’t understand.”
“I’ve never owned anyone before, for one thing. I don’t like it.”
Strange. Lorus marital laws granted him rights over Lady Ethlinda’s estate--including her slaves. “But you have.”
Perhaps he could read what she was thinking. “Not directly. Not like this.”
“This is the way the law works on Lorus, Captain,” she said gently. “You have the right to take your pleasure with my body. I accept that.”
“You should have more of a choice. Especially since it’s your first time.”
“It doesn’t matter. I would have chosen you if I could.” Desire strummed through her veins, giving her the strength she needed to be bold. “I have been taught how to please a man.”

ABOUT Jaymi Hanako
Jaymi spends so much time with the characters in her head, her husband’s co-workers believe she’s the imaginary one. She writes about spaceships, magic, and paranormal creatures. There may be sword fights. But whether set in outer space or in alternate realities, there will always be a happily ever after.