On #Thursday13 #MFRWauthor Helen B. Henderson tells us about Hatchling's Mate

A former feature-story writer and correspondent, #MFRWauthor Helen Henderson has also written fiction as long as she could remember. Her heritage reflects the contrasts of her Gemini sign. She is a descendent of a coal-miner's daughter and an aviation flight engineer. This dichotomy shows in her writing which crosses genres from historical adventures and westerns to science fiction and fantasy. In the world of romantic fantasy, she is the author of two series: the Dragshi Chronicles and the Windmaster novels. 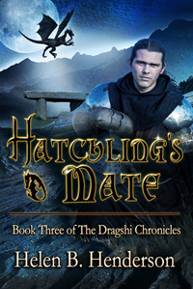 Blurb
From their birth, it was expected that the only two children born to the dragon shifters would marry. Unlike his female counterpart, no dragons sang a welcome at Talann’s birth. Now years later, even though Lexii’s dragon twin had awakened, there was still no sign of Talann’s.

Haldric hated all shifters but one—the Lady Lexii Beylnea. He had one tool to achieve both his goals, to destroy all dragshi and to have Lexii for his own. His uncle, known to his followers as the Parant, possessed the ability to turn men and women into his willing slaves. Or Haldric vowed, Lexii to his will.

Pledged to protect Lexii until the dragon lord’s intended mate appears, Glyn must fight to keep hidden the secret no one could never learn and fears the price when the betrayal is revealed.

Love and desire, honor and duty clash in this action-filled novel in the world of the dragshi.
Buy link: Amazon

13 Lines from the Dragshi Chronicles

1 -- Legend said that if you think of a man or wish for love beneath a solstice moon, your desire will be granted and you will meet your mate within a season. (DragonDestiny)
2 -- The chill stare Eirwen turned on him felt like being peeled to the core. (Dragon Destiny)
3 -- His connection to Anastasia exploded into a mist of shimmering motes. (Dragon Destiny)
4--In the short time it had taken to administer aid, a dozen men armed with pikes neared her small sanctuary.(Dragon Destiny)

9 -- The cold chill caused by the keen of dragons melted in the warmth of an embrace.(Hatching's Mate)
10-- Weaving against the effect of the drugs, she kept her blade lifted. (Hatchling's Mate)
11 -- The twang of their arrows release was lost in the sounds of wounded animals, but the scream of the man who windmilled in the air proved the accuracy of the strikes. (Hatchling's Mate)
12 -- From the darkness just beyond the entrance, a single torch flickered into being, then another and another until a solid line of light streamed across the opening. (Hatchling's Mate)
13 -- Neither the food nor the notebook awaiting the latest tale requested by the ceoltiers worked to overcome the tension in the room—and her body. (Hatchling's Mate)

An Interview with Helen B. Henderson
A published author, feature-story writer and correspondent, Henderson has also written fiction as long as she could remember. The descendent of a coal-miner's daughter and an aviation flight engineer, her heritage reflects the contrasts of her Gemini sign. This dichotomy shows in her writing which crosses genres from historical adventures and westerns to science fiction and fantasy. In the realm of fantasy, she is the author of two fantasy series: the Windmaster novels and the Dragshi Chronicles.

Why did you decide to write romance novels?
Actually I never planned to write romance. Historical westerns and science fiction or fantasy were the genres I expected to be published in. Working with multi-published author, Carol McPhee, romance learned to take its place alongside action.

How much of your personality and life experiences are in your writing?
I like to think that I would live and act much the same way of my heroines.

What kind of research do you do for a book?
Research can vary from intensive delving into weapons and the appropriate tactics of their use to attending reenactments.

Would you like to write a different genre than you do now, or sub-genre?
When I don’t fly amongst the stars or wander worlds of imagination, I ride the old West. Although not published in that genre in full-length, a short story has been published under the penname of my ancestress, Jesse Treon.

Tell us about your latest book.
Two releases within two months makes for an exciting time. Magic and Steel - Mt’wan Comraich is a novella which recounts a legend from the world of the Dragshi. Hatchlings Curse continues the tale of the trader girl Anastasia and Lord Branin Llewlyn that began in the romance fantasy novel, Dragon Destiny, the first book in the Dragshi Chronicles.

What motivated the story?
When it was originally written Dragon Destiny was short story written to help a family member recover from a coma. It morphed into a novel. The characters refused to leave and the original novel turned into a four book series. When typing “the end” I realized that there were untold stories from the dragshi, humans who could take on dragon form. Within each of the chronicles, the ceoltiers, the keepers of the past and teachers of the present, recount some legend. As with all such tales, some contain larger than life deeds. Others are the simple story of a man or woman doing what must be done, regardless of the cost. Sometimes embellished, the ceoltiers use the stories of times and actions past to educate and inspire. Magic and Steel is just one of the legends.

What is your writing routine once you start a book?
I admit to being a plotter. A storyboard form is slowly filled out, scene by scene. Some scenes may be a bullet list or a single line. As the story progresses and the characters become real, the form may be complete with dialog. By the time the storyboard is completed, so is a first draft of the book.

Who are some of your other favorite authors to read?
While Anne McCaffrey and Louis Lamour have always been my go to authors, the romantic suspense of Carol McPhee and the science fiction of Judy Griffith Gill have found places on my shelves. 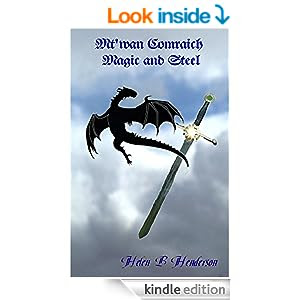 The Lady Mairin Alidryer of the Dragshi searched the world for the one man who would be her mate. Like the true dragons, once their intended mate was found, the dragon shifters mated for life in this world and the one beyond. However, the man she left behind when she gained the freedom of flight refused to accept the truth—that she did not love him. Now the head of a band of raiders, he swore to have Mairin on her knees in front of him.

All that stands between his plans is the true human, Kedar.

Bodyguard to the Lady Mairin, Kedar dared not fail in his duty—or more dangerous—love her.


A whistle and another mare, a big gray with a black mane and a speckled rump, was led to the paddock. Only this time, more than a groom escorted the animal. Mairin walked alongside, a hand on the mare’s halter.
“No,” Kedar whispered. He had hoped that Mairin would go with the red mare and not be around the emotion-charged atmosphere of the pairings.
Maybe this will be for the best, optimism reassured.
Or at least thaw the wall, Kedar prayed. He watched Mairin as the gray flicked her tail, flirting with two of the stallions. But what he didn’t expect was the mental link that formed between him and Mairin. From the thoughts coming through the ethereal connection, one thing was certain. Mairin did not consciously control the link.
He felt her gaze linger on his back, but forced himself not to respond.
His breath caught, not at the swirling chaos in Mairin’s mind, but a crystal clear realization she inadvertently broadcast. Kedar’s sense of honor made it impossible for him to give in to my advances.
What stunned him more was the silent addition—But he can now.
To cool the warmth creeping up his neck, Kedar concentrated on the paddock. To his surprise, the space was empty except for Trom. The stallion Mairin rode stood at the rail. Instead of one mare, a matched pair of golden mares whose brown manes and tails marked them as of the same lineage, nickered at the rail, tossing their manes and playing the coquet.
While he had been lost in Mairin’s musings, Kedar realized, the other mares had selected their mates for the night. Hastily, he looked over the record keeper’s shoulder and nodded as if approving the entries.
The two mares whuffed. In response, the seidheirn puffed out his chest, pranced two steps and leaped the fence. He trotted a wagon length down the trail and stopped, looking over his shoulder. His attitude clearly said, “Coming, my dears?”
No, it would not be fair, Mairin’s honesty countered. A dragshi cannot love a true human. Kedar is too good a man to use that way.
While the thought gave Kedar hope, the next sent his pulse racing. Mairin wondered what it would be like.
What had been a mere spark surged into flames when he caught her picturing him unbinding her hair and slipping the straps of her gown from her shoulders. 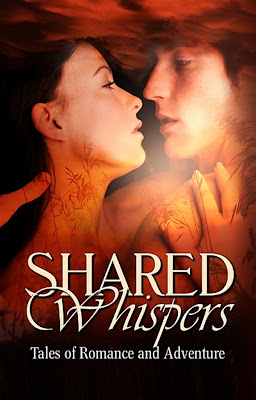 “Hatchling’s Guardian,” one of sixteen romantic journeys in Shared Whispers shows that through the power of love, even human eyes can see what magic obscures. Trelleir is a true dragon who can use his magic to take the shape of a man. The last of his kind, he longs for companionship--even if it is only that of a human female. However, she is a slayer and sworn to kill all dragons, including him.
Shared Whispers is from authors associated with TheWritersVineyard.com. Whether presented as a romance, a mystery, a paranormal, or fantasy, each tale reflects the allure and importance of amore in our lives. At the end of their creation, each author offers the Story Behind The Story, the seed from which the idea evolved
No comments: 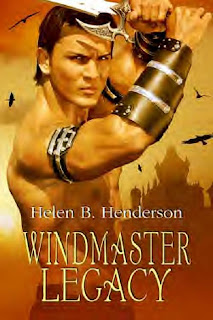 Ellspeth and the dark-haired archmage Dal, escort his mother on a final journey to her ancestral lands. Their plans change when mercenaries under the control of rogue mage, Bashim, attack. Dal's mother is fatally wounded. Ellspeth is captured and her sole hope for escape is Nobyn, an untrained wizard going through the throes of awakening magic. However, Nobyn is Bashim's apprentice and under the mage's total control.

Dal must make an impossible decision whether to rescue Ellspeth, save his mother, or thwart Bashim's plans. As archmage, Dal might be able to survive killing the future of magic, but as a man could he live with the knowledge he caused the death of a loved one?
4 comments: