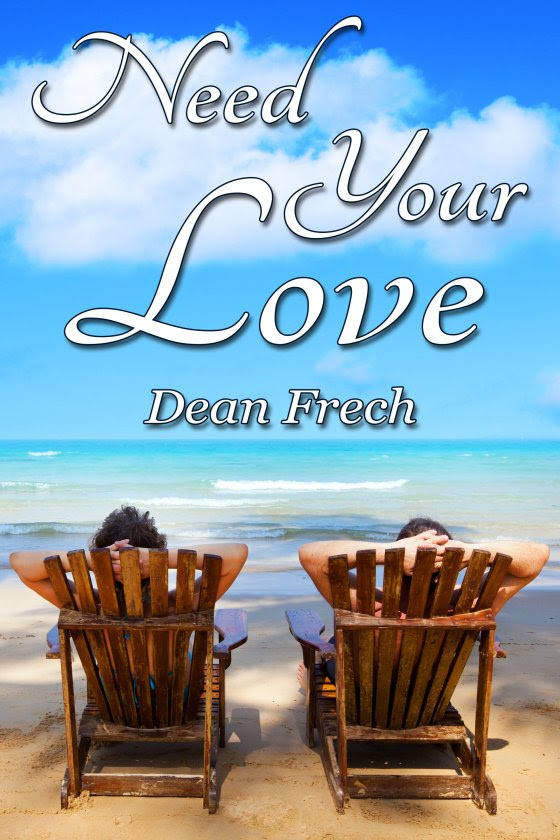 In June, 1966, ACLU attorney Eron Lassiter attends his uncle’s wedding, and makes an unsettling discovery. Though he’d bowed to family pressure and has a potential marriage planned, his long-ignored attraction to other men roars to life when Garrett Emerson, the bride’s nephew, captures his attention.

After serving in the Korean War and going to college later than his peers, upwardly mobile Garrett is a loan officer at a local bank. For his girlfriend, fiancé in her mind, he can’t climb fast enough. But none of that matters to Eron, and maybe that’s why Garrett’s so drawn to him.


EXCERPTBy the time they made it to the beach, the July heat and humidity had reached their peak. They grabbed some burgers and fries from a boardwalk stand and snatched a table as a family got up.
They finished eating. Eron nodded toward the car rather than the beach. Garrett smirked and followed. As Garrett drove back to his apartment, Eron reached out and touched his thigh.
“I’m sorry,” Eron blurted out, in line with his own thoughts, but out of nowhere in the silence.
“For what?” Garrett answered, as if he and Eron were thinking about the same thing.
“I guess the whole thing.”
Garrett looked at him and grimaced. “What do you mean?”
“I feel like I start things and then put them to rest.”
Garrett shrugged. “I suppose things can be kind of sticky between us.”
“I don’t want them to be. I haven’t regretted anything we’ve done.”
“Having sex in the bushes at the country club?”
“Nope.”
“Dancing at the Valentine’s dance?”
“Not at all.”
“Maybe if we lived in a vacuum and didn’t have to deal with the rest of the world, this would be easier?”
“Maybe.”

ABOUT Author Dean Frech
With inspiration from historical tourism sites, the love of reading, and a desire to write a novel, Dean started crafting his first novel in 2008. Dean lives in Kansas City, Missouri with his two cat and is currently working a standalone title, Sartin, a merman romance.

A Place to Call Their Own on #MFRWauthor @DeanPaceFrech 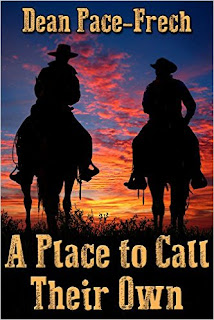 A Place to Call Their Own
by Dean Pace-Frech
Mainstream (PG13) GLBT, Historical
JMS Books LLC

Frank Greerson and Gregory Young have been discharged from the Army and are headed to their childhood homes. They both defied their parents in 1861 when they joined the Army. After battling southern rebels and preserving the Union of the United States of America, the two men set out to battle the Kansas Prairie and build a life together. Once they find their claim, they encounter common obstacles to life on the Kansas Prairie in 1866:  Native Americans, tornadoes, wild animals, and weather.

When a prairie fire destroys their crops and takes their neighbor’s lives, Frank and Gregory are instructed to find their young son’s aunt. Faced with leaving a destroyed claim, the railroad coming through their land, and dwindling funds, Frank and Gregory must decide whether to leave the place they have worked hard to make their own or fulfill their friends' dying wishes.


Is it possible for two Civil War veterans to find their place in the world on the Kansas Prairie?
BUY LINK
Excerpt
“You two together, or…” Mr. McAvoy asked with a puzzled look on his face.
Mrs. McAvoy raised an eyebrow, also curious about the situation.
Gregory gave Frank a nervous and mischievous look and answered, “Ah, yes, sir. We planned to each get a claim and build one house for now, help each other out.”
The answer seemed to satisfy both Mr. and Mrs. McAvoy. “That sounds like a good idea. It’d be nice to have a few neighbors around to help with things once in a while. And what I wouldn’t give to have had just one other man to help me with some of the house building and stable. You stay around here, and you’ll need a stable. Wolves and coyotes will get your livestock if you don’t.”
“How did you protect yourself before? This stuff doesn’t get built in a day.” Gregory asked.
“It takes ’em a while to figure out you’re here. And of course, it’s worse in the winter than this time of year. They haven’t been quite so bad the last few weeks, have they?” he directed to his wife.
“No, they calmed down. Hopefully they’ve been preying on the deer that are eating my potato plants.” answered Mrs. McAvoy. “You two want to stay for supper? I’ve got a big pot of rabbit stew on the stove.”
“It’ll be good, I promise. She’s done great cooking whatever I can find for us,” Mr. McAvoy added.
Gregory ignored the invitation. “How’s the hunting around here? You do good during the winter months?”
“Yeah, in the fall it’s the best—the animals are all fat and sassy from the summer. You can tell the bucks from the does, and you don’t have to worry about orphaning a young deer like you do now. There are plenty of rabbits and prairie chickens right now. You can find squirrels…”
“And the meadowlarks do fine, too, in a pinch,” piped in Mrs. McAvoy. “Now, what about supper?”
“We appreciate the offer, ma’am,” Frank spoke up. “But we’re just trying to find us our claims and be done with traveling. We’ve been traveling nearly six weeks now. It has been that long since we had a decent home-cooked meal, but we need to keep moving on today.”
They both remembered the last time they joined anyone for dinner. The McAvoys seemed harmless, but Frank and Gregory were both a bit shy about joining anyone else at this point.
“Yeah, we’re getting close to where we want to settle,” Gregory added. “We appreciate the offer and all, but we just want to keep moving.”
Mrs. McAvoy smiled, turned, and ran into the house with her load of laundry. Neither Frank nor Gregory knew if she was hurt because they declined the supper invitation or just needed to get back to her household chores.
“We understand that. Took us nearly six months to get here from New York, where we come from. We stayed with some relatives along the way, but the missus did appreciate it when we finally stopped here.”
“Well, we appreciate your hospitality and all your help. We should probably get going,” Frank said, glancing at Gregory.
“If you happen to end up around here, don’t be strangers. Just let us know where you’re at,” Mr. McAvoy replied.
“It’s a deal, sir,” Frank said and extended his hand.
Mr. McAvoy walked over and took it. After they were done, McAvoy stepped away from the wagon.
Gregory slapped the reins and yelled “giddyap,” and the horses sprang forward.
A frantic Mrs. McAvoy yelled from inside the house, “Wait!”
Frank grabbed Gregory’s arm to stop him. Gregory pulled back on the reins.
Mrs. McAvoy came out of the cabin with a small basket covered with flour sack cloth.
“This here isn’t much, but maybe it will allow you to rest once you stop for the night. I put two crocks of my stew in there and part of the bread I baked for our supper tonight. I don’t know why I did it, but something told me to make extra bread today.”
“We’re mighty obliged, ma’am. This will help. Now we don’t have to worry about hunting anything for our dinner. We’ll just warm this by the fire and be ready to go,” Gregory spoke up.
“Yes, ma’am. We are getting a bit worn out by this trip,” Frank said. He grinned at Gregory and said, “Hopefully, we’ll be finding our home soon.”
Both men tipped their hats once more, and Gregory got the horses going again.
Dove and Daisy lumbered along for the rest of the afternoon and into the early evening. Before they realized it, the wagon climbed a gentle, gradual grade. The early evening sun blinded them as they reached the crest of the ridge. At the top, Frank looked over his shoulder where the wagon had just been. There he saw the trail left by the wagon and horses in the prairie grass. To the west, a line of trees indicated a creek, river, or some sort of waterway. The sun drenched the entire landscape in its golden hue. He looked at Gregory, and they both knew this was their new home. They had arrived on the homestead.
“Welcome home, Frankie!” Gregory yelled at the top of his lungs.

ABOUT Dean Pace-Frech
With inspiration from historical tourism sites, the love of reading, and a desire to write a novel, Dean started crafting his debut novel, A Place to Call Their Own, in 2008. After four years of writing and polishing the manuscript, it was accepted and originally published 2013. His second novel, Disappear With Me, set in Edwardian England was published later that same year. Both novels were re-released in May 2015.

Dean lives in Kansas City, Missouri with his husband, Thomas (legally as of February 14, 2015), and our two cats. They are involved in their church and enjoy watching movies, outdoor activities in the warmer weather and spending time together with friends and family. In addition to writing, Dean’s hobbies include reading and patio gardening.

Dean is currently working a standalone title, Need Your Love, set in 1966, and The Higher Law, a continuation of the story of Frank and Gregory’s family set in the 1930s.
No comments: