Love Me For Me 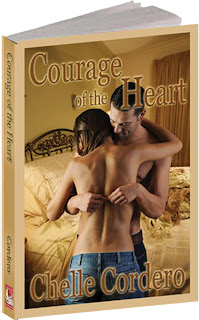 A dear friend of mine told me about an encounter she had with a reader. The woman said she loved a good love story but asked if my friend, a writer of love stories, could write a story about a “fat woman” – tearfully she questioned, “Why can’t we be loved for who we are?”
As a woman that my mother always tactfully described as “zoftig”, I understood this poignant plea. I have often felt blessed that my husband has always made me feel like the most beautiful woman in the world even though fashion designers and modeling agents would surely scoff.
Our heads are filled with stereotypes, women and men who are “fit and trim” with appealing curves and strong biceps. Years ago when I first contemplated writing in the romance genre I received a list of guidelines from one of the “more respected” romance publishers of the time. Some of the suggestions included: he should be self sufficient and usually financially set; she should be attractive and usually innocent; he should have more experience than her; he should be strong; she can be a leader in business with an innate desire to be domestic…
I rebelled. When I wrote the original manuscript for my romantic suspense Courage of the Heart in the late 90’s, I created a hero that was damaged and insecure. Adam Sherman was wrongfully sent to prison as a teen and suffered abuses that left him filled with doubt and shame. Along came Davie (Davida) Prescott, an innocent girl who Adam was finally able to open up to and who accepted him for “who he was”. Because of their love, he was able to face and stare down many of his demons.
I sent the manuscript to one of the two leading romance houses – and it was turned down. The editor gave me the courtesy of an actual response. She complimented me on my writing and said that the story was definitely intriguing and well-plotted. However Adam was not the “typical hero” because of his past - so my story, even though well-written, was not considered saleable.
The world is not made up of “beautiful, perfect people” as oft described in society pages. There have been a few stories I’ve read where heroines and heroes have “imperfections”, but especially a decade ago, those were truly rare. As my friend  questioned, “What about the greater population who make up our world; people in wheelchairs, ones who need walkers or braces on legs or arms?”
The world is not made up of stereotypes.

Excerpt from Courage of the Heart:
Adam had never felt so frustrated about a relationship before, at least not since he got out of that little Pennsylvania town he grew up in. His teen-age years were filled with memories he wished he didn't have; so long as he could remember that time, though, he'd never be any good for someone as pure as Davie. He had been with a lot of women and he never made any secret of his appetite or his lack of emotional commitment. Adam had told himself that his unusual interest in Davie as a person and not just a sex partner was only a sign of his "growing up", at twenty-five it was bound to happen…eventually. He shook his head, because it was Davie and not his age that was playing havoc with his libido.
Adam stared at the clock on the wall and decided that he had to get close to Davie somehow. He had no idea how to get beyond his dilemma, but he knew he had to try to mend fences with her. Red roses were Davie's favorite, he had learned that during one of their relaxing conversations. He had enjoyed listening to her talk about just about any subject, he was always interested in everything that made her smile, or pause. A quick phone call to the florist gave him a touch of hope.
Forty-five minutes later he felt a little cocky as he walked down the hall to Customer Service.
The door was ajar and Adam peeked in. Only one of the desks was occupied.
"Oh, hi Mr. Sherman. Are you looking for Davie?" Agnes, one of the other girls in Customer Service, was holding down the fort by herself. Since he had not made any secret of his interest in Davie, it was a natural assumption why he was there. "She's already gone for the day."
Checking his watch, he frowned. "Isn't it a little bit early?"
"To be honest, I don’t think she was feeling too well." Agnes shrugged. "And then she got some flowers delivered and it must've really started her allergies or something…'cause her eyes got all red and she had to get out of here."
"Flowers were delivered?" Good, then she got his note.
"Yeah. They were really pretty. She took them with her."
"She did?" Maybe there was a reason to feel optimistic after all.
Adam thanked Agnes and left the office. It was only when he passed the garbage chute that he lost his newfound hope. On the floor was a rose; a piece of green fern was sticking out from the side of the bin where it had gotten stuck when the bouquet was thrown out.
###
Chelle has come a long way since first joining the Vanilla Heart Publishing queue of authors nearly two years ago with her first novel, Bartlett’s Rule. Now with nine novels on the market, she has solidified her standing as a Romantic Suspense author (7 romantic suspense & 2 mysteries.) She also has short stories in the VHP anthology With Arms Wide Open, Mandimam’s Press anthology Forever Friends, the VHP anthology Nature’s Gifts, VHP anthology Passionate Hearts and Mandimam Press anthology Forever Travels.
Bartlett’s Rule was named one of Carolyn Howard-Johnson’s Top Ten Reads for 2009; Final Sin was a 2009 Pushcart Nominee; and Hostage Heart, Final Sin and A Chaunce of Riches were nominated in the 2009 Preditors’ and Readers’ poll and had top-ten finishes. Chelle Cordero was recently featured as one of the authors in “50 Great Writers You Should Be Reading” published by The Author’s Show in 2010.
Chelle also authors a weekly Amazon Kindle Blog featuring weekly writing lessons. Vanilla Heart publishing recently published two books based on that blog, Living, Breathing, Writing: A Lesson A Day, Volumes 1 and 2. And all of Chelle’s novels are available in both print and ebook editions for every reading device, through online retailers and in select bookstores around the world.
###
Please use only what you wish...