MFRW Author Madeline Pryce wrote her first novel when she was ten, penned with neon-pink ink in a loose-leaf binder. Captivated by romantic literature, yet intrigued by the paranormal, she continues to develop her own voice, writing the kinds of stories that inspired her as a teen.
Interact with Madeline here:
FACEBOOK | TWITTER

BLURB
Book 1 in the Dark series... 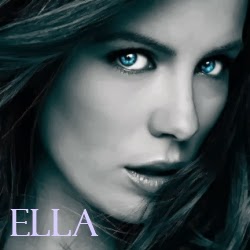 Ella Grey's life sucks. A half-breed vampire, she does her best to pass the time killing demons and secretly admiring her Shadow Hunter partner, Micah. He's hot, dangerous and knows it. He'd be just Ella's type if he weren't likely to kill her the moment she put a toe out of line.
A chance encounter with a succubus changes everything. From the second the succubus' spell washes over them, Ella and Micah are helpless to keep their hands off one another. The sex, when it's not leaving them on the verge of death, is earth shattering and for the first time in ages Ella is connected with someone on a level she'd feared lost forever. But a dangerous prophecy has been set into motion, and if Ella's not careful it'll pull her straight from Micah's arms and into the deepest bowels of the underworld.

Indulge in a fantasy. Succumb to the dark.
Amazon BuyLink
EXCERPT
We were barely out into the main section of the tunnel when Micah pushed me up against the cold stone wall. I pulled him close. He pressed his mouth to mine and I gave in to complete surrender. I had no idea how long we mingled there, lost in each other.

I was breathless and panting, still silent, when he pulled me from the wall and drew me through the maze of rooms to the exit. The electric buzz of the guitar bouncing off the walls faded. The constant push-pull of conversation disappeared. The rapid click-click of my heels against the ground became nonexistent. 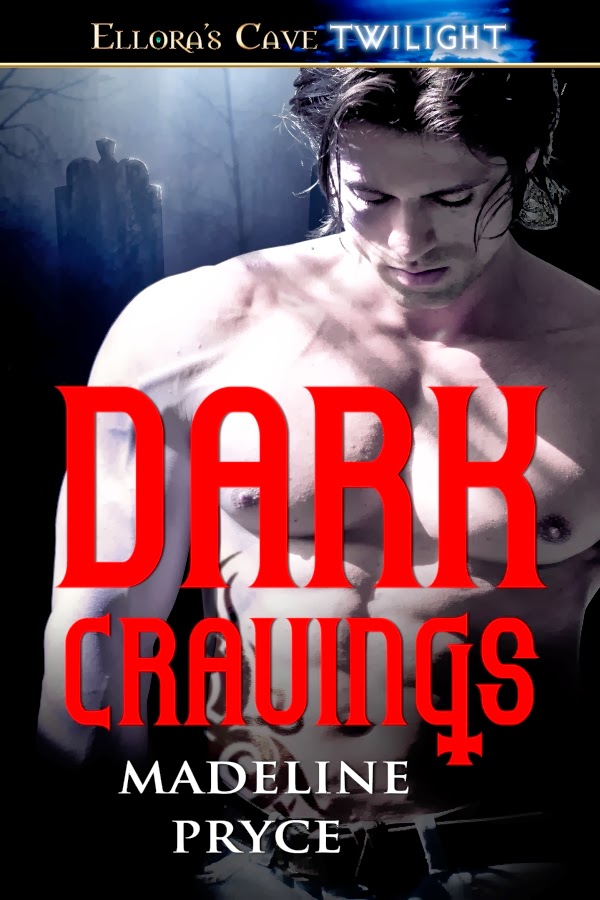 Outside the rain fell like a heavy, pounding beat against the broken gravel road. If it was possible, the District looked even worse through the haze of rain. Darkened and bowed wood blocked the windows of nearby buildings. Rats scampered under awnings, clambering over each other to find shelter. At least half an inch of dirty mud and gravel-laden water spilled over the gutters and flooded the sidewalks.

The wind blew and the slant of pelting rain shifted sideways. None of it mattered. The second we stepped into the storm, we were drenched. We sprinted to the car, and each heavy thud of Micah’s boots against the ground sent up a spray of water to splatter my legs.

In the dark, the black silhouette of Micah’s car was little more than a shadow. The second we reached his car, his arms were around me. He lifted me off the ground, spun me in one fluid movement until my back was against the passenger door. Rain splattered off the roof, a heavy drum that matched our heartbeats.

His hands were wet and slippery against my cheeks. Pulling roughly, he tugged until our lips met, promising things I ached for. I clutched at his wet shirt, desperate to have him closer. I never wanted him to let me go. He slid his hands from my cheeks to my neck and then threaded his fingers through the tangle of my wet hair.

He used one hot, rough hand to palm my thigh. Heat from his touch spread  and stopped the shivers of cold I hadn't even noticed. Micah pulled, urged my leg around his hip. He slid his hand up, up, and oh, God yes, up. He cupped my sex, rubbed me with sure, deliberate strokes. I was on fire. Pleasure warred with the tightening of my inner muscles. I was on the verge of climax when, instead of sending me over, Micah gripped the crotch of my panties and ripped.

My world spun. That was the only way to describe what was happening, what Micah was doing to me. He pulled the tab on his zipper. The rasp of metal sent a wave of goose bumps across my arms.

Micah pulled his mouth from mine. I opened my eyes and pulled in breath after breath. Our gazes met, held.

“Tell me you want me,” he ordered.

What Do You Think? Does the Excerpt have you Craving More?
No comments: