Meet MFRW Author Kryssie Fortune.
Alpha males and their sassy mates rule in Kryssie Fortune's books. If the hero's a shapeshifter, then so much the better. Werewolves prowl through her Scattered Siblings series, along with the occasional Fae and vampire.

Kryssie grew up climbing trees and playing with imaginary dragons. She still loves dragons, and if she can sneak one into her books she will. Her pet hates are unhappy endings and books that end on a cliffhanger.

A Few QUICK Questions and A Few QUIRKY Answers
Day or Night? - Day
Pen and Paper or Computer - A mixture of both
Fruit or Chocolate - Can I have both? If not, fruit.
Coffee or Tea - Peppermint tea.
Roller Coasters or merry-go-rounds - Merry-go-rounds.
Bath or Shower - Shower
City life or Country Life -Country live, preferably near a beach
Soft or hard? Soft
E-book or paperback - e-book
Cats or Dogs - I've had both.
Fast or slow - Fast
What is your secret guilty pleasure - Laying in bed and reading until the small hours.

Jared Armstrong, a former Marine sharpshooter and occasional Dom needs to $125,000 to get his family out of a hole. His solution—to marry Abigail Montgomery for her money. His only regret is his wife won’t accept his spanking lifestyle.

Gradually, Abigail comes to dream of making their marriage real, but she promised Jared a divorce two years after their wedding. Can they share some Christmas magic as their relationship faces extortion threats, a kidnapping, and an attempted murder? Or will Jared break her heart when he walks away?

Buy Link!
EXCERPT
God, he wished she’d get on with it, but she studied the unopened menu as though her life depended on it. Finally, she lifted her head. “Are you married?”

His eyes narrowed. “Your advert said no ties. I’m single, HIV free, and I don’t screw anyone for cash.”

She choked on her drink, coughing and splattering water over the table. Jared watched and waited, unwilling to make it easier for her when she was the one who placed the advert.

Across the table from him, Abigail curled her hands into fists and laid them on her lap. Her smile faded and her voice trembled. “Will you marry me?”

“Are you pregnant?” he shot back.

He stared at her intently, trying to decide if she needed therapy—or perhaps a few weeks in the local insane asylum. “You’re serious?”

She took a sip of mineral water. “I am.”

His eyes narrowed, and his forehead furrowed in anger. “I’ll feed and clothe myself. Can I still put time in with my business, or should I get a job local to where you live?”

When she finally smiled, it felt as though the sun had come out on a cloudy day.

Putting her glass on the table, she took looked anywhere but at him. “I’m glad you want to do so. In fact, it’s one of the reasons I chose you. You have values and goals. All I have is an insane great-aunt, or I did until recently.”

“Tell me about it,” he demanded.
No comments: 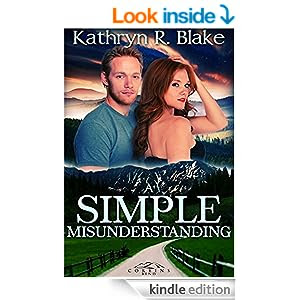 MFRW Author Kathryn R. Blake released A Simple Misunderstanding, an Erotica Novel with Blushing Books/Lazy Day Publishing. Spousal spankings in Corbin's Bend... She thought her husband was the man of her dreams, until he became the man of her nightmares.

Elly Benson struggled to be the properly submissive wife her husband desired.  She tried to do everything he asked of her, until he convinced her she could never be the perfect woman he expected and demanded by nearly killing her.

As a vet, Jerry Douglas recognized signs of abuse when he saw them.  Elly Benson, however, was a married and consenting adult who insisted all her bruises and welts were nothing more than a simple misunderstanding between her and her husband, until the day Arthur Benson took his authority and discipline one-step too far,

What an Amazon Reader Reviewer Said...
I absolutely loved this book!! This is the 7th in the series but stands alone quite nicely. Frankly, you will be sorry if you miss this one! There is a wonderful plot, no spoilers here, that handles a sensitive subject very well. Elly is such a strong woman although she doesn't think so but with Jerry's help she discovers she can be strong enough to rid herself of her troubles and find love along the way. This is written extremely well and I had to read it in one sitting to get to the best ending ever! Very well done!! - SH

EXCERPT
Jerry stepped over to open the park gate for Elly, but she gave her head a single shake. “I can’t stay. I only came to return your coat. Thank you.”
Accepting his leather jacket, he placed a staying hand on her arm. “Were you punished last night because you had this?”
“No.” Her emerald green eyes held his gaze, but he sensed there was more to the story than she was saying, so he raised one eyebrow and waited.
With a sigh of defeat, she added, “I was punished for not being properly dressed yesterday. And, given the unpredictability of Colorado autumns, I should’ve known better, as you intimated yourself.”
Though she spoke to him without any pretense of hesitancy or deference today, he didn’t particularly care for what she said. “Were you late getting home?”
A touch of green fire lit her eyes as she stared at him. “What do you think?”
“I think you’re angry enough you’d like to take your frustration out on someone, but you’re not sure how, or whom to attack.”
She turned away at his words. “I need to go.”
“How long before you’re expected back, Eleanor?”
Her back stiffened with displeasure, but she didn’t yank free of his gentle restraint. “Five minutes.”
“Then stay with me for one more minute.” When she didn’t take off running, he asked, “Do you object to me calling you by your first name?”
“No.”
“Then why did you stiffen?”
She briefly met his gaze. “I prefer to be called Elly.”
Smiling, he bent his head toward her. “Good to know, Elly. So, tell me. Did your husband restrain you last night?”
Her head snapped up, and she glared at him through eyes alight with unshed tears. “So what if he did? That doesn’t mean I’m not submissive to him.”
Jerry promptly released her arm. “Whoa. I never said or implied you weren’t.”
“Well, isn’t that what everyone else thinks? I’m such a lousy wife and incompetent submissive, my husband needs to restrain me during my chastisements?”
“No, Elly. No one thinks that.”
“Why not? It’s true. Thank you anyway for your concern, but I need to leave.”

ABOUT Kathryn R. Blake
A Simple Misunderstanding is Kathryn R. Blake's fourth novel with Blushing Books, and third spanking romance where Domestic Discipline is primary to the plot.  Although Kathryn is new to the spanking romance market, she is not new to stories where the hero spanks the heroine.  In fact, most of her novels have some sort of spanking in them.  However, even in Kathryn's novels where the hero firmly believes in using spanking as a deterrent, he has no desire to cause the heroine injury and takes no delight in hurting the woman of his heart. 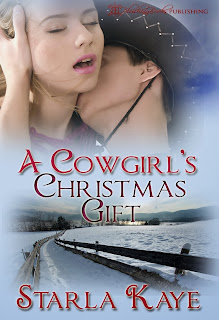 Kelli Stanton’s life has been tragically changed forever, her beloved brother’s even more so. She gives up her dreams to help care for him, even though he doesn’t want that. But how can she go on with her life when the stubborn man needs her? How can she be happy at holiday time when there’s nothing to be happy about? Worse, how can she possibly be attracted to the man she blames for ruining their lives? A man her brother lured to their ranch for reasons of his own.

A tragic accident that wasn’t Nic Battelli’s fault, took his sister’s life, and left her fiancé, his friend, partially paralyzed tortures him with guilt and grief. He can’t get beyond it; can’t deal with his business, the holidays, or anything else. But his friend is determined to give him a kick in the ass to get him actually living again. Then he meets Kelli and her wrongly blaming him, her smothering Jason with too much attention, and her sassy temptation spark feelings he’d never thought to have again. But she’s too young for him, too innocent, too bratty, and his best friend’s sister. Still… 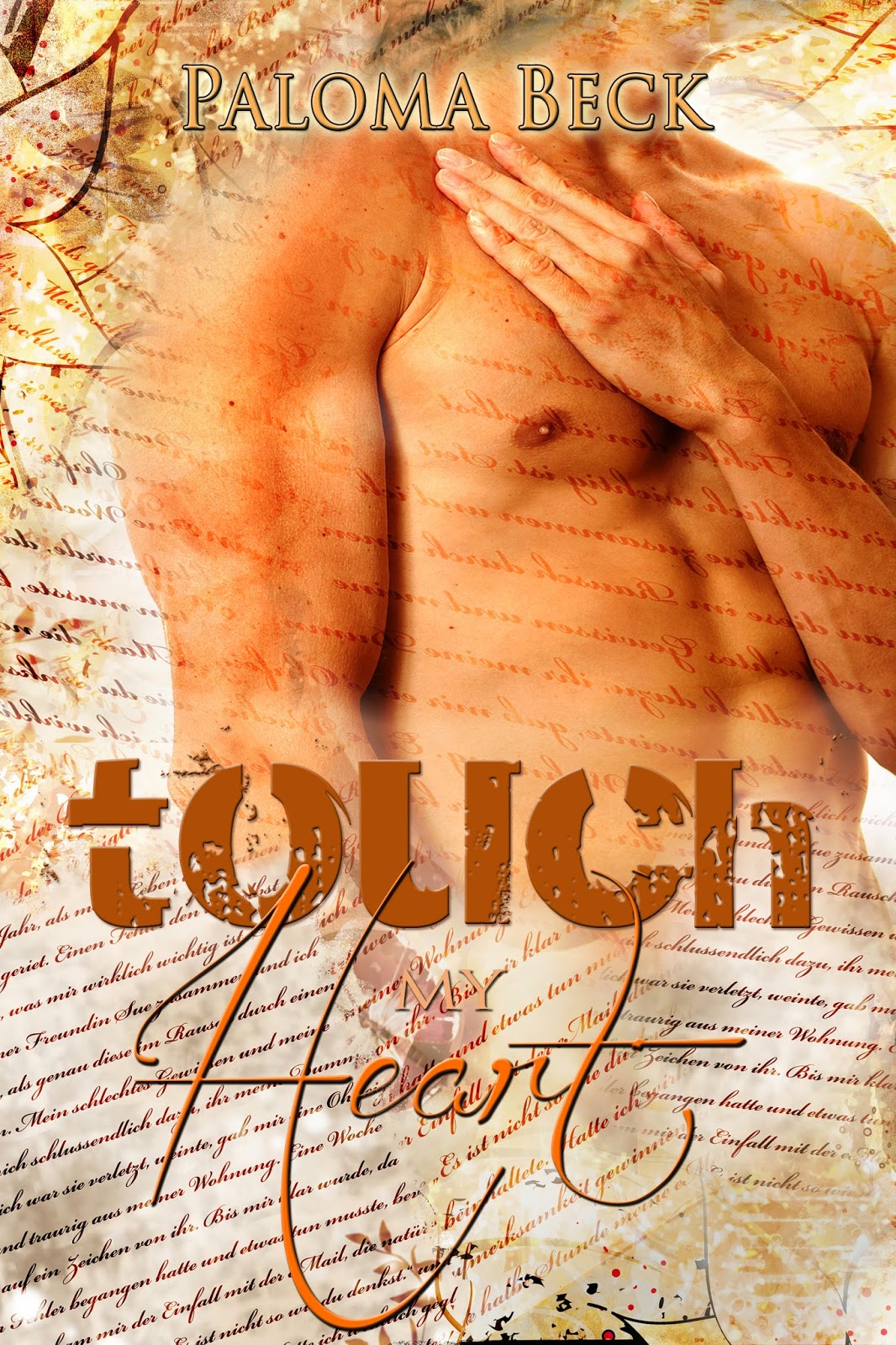 Paloma Beck released Touch My Heart in November 2013. This is the second book in the Heart And Soul series, a contemporary BDSM-lite romance series that contains explicit sex scenes, including consensual adult spanking.

William knows exactly what he wants. He saw what his parents had and he plans to have that kind of love for himself. He just has to convince Aubrey she’s perfect for him. He attempts to take it slowly, cautious of her weariness and his own preoccupations. Then he bargains, persuades and seduces until Aubrey agrees to be his. That’s where the rest of his life begins…

… even while another part of his life begins to crumble. He finds the foundation of his own family rocked. With William’s future not in his control anymore, he needs Aubrey as much as she needs him. There’s solace in knowing you don’t have to go through life’s heartache alone.


BUY ON AMAZON  |  REVIEW ON GOODREADS