Meet MFRW Author Kimberly Dean
When taking the Myers-Briggs personality test in high school, Kimberly was rated as an INFJ (Introverted-Intuitive-Feeling-Judging). This result sent her into a panic, because there were no career paths recommended for the type. Fortunately, it turned out to be well-suited to a writing career. Since then, Kimberly has become an award-winning author of romance and erotica.  She has written for seven publishing houses and has recently focused her efforts on self-publishing. When not writing, she enjoys movies, sports, traveling, music, and sunshine. In her mind, a beach, some rock ‘n’ roll, and a good book make for a perfect day.

Day or night?  Day - but not morning.  I'm a solid, mid-day person.
Pen and paper or Computer?  Computer
Fruit or Chocolate?  Chocolate. When diets say to just eat fruit when you get a sugar craving, I realize the nutritionist has never eaten chocolate before.
Coffee or Tea?  Neither.  Hot chocolate, please. (Do you see a theme?)
Roller Coasters or Merry-Go-Rounds?  Roller coasters
Bath or shower?  Shower
City life or Country life?  City
Soft or Hard?  Now that's a dangerous question to ask an erotica author.  I'll assume you're asking about candy.  Soft.
Ebook or paperback?  Both, but I still prefer paperback
Cats or Dogs?  I own neither, but I like both.
Fast or Slow?  Again... dangerous!  Then again, the name of my book is Courting Danger.  I'll go with fast.
Secret Guilty Pleasure?  DQ blizzards with chocolate ice cream, peanut butter, and Reese’s peanut butter cups 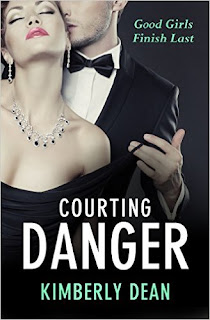 Rielle Sands ventured too close to the fire once and got burned. Now when it comes to men, she’s vowed to play it safe. But then a dashing, mysterious man shows up after hours at Luxxor Limited, the agency she manages, needing an escort.

Darien Scott isn’t what he appears to be. Beneath the sexy smile and wicked charm, he’s hiding secrets. Yet the sizzling chemistry between him and Rielle is real. He tries to stay away, but his attraction to her keeps pulling him back. When he discovers that he’s not the only one haunted by danger, he changes tactics. To protect Rielle, he may need to stay close. Super close. Exclusive Luxxor contract close.

The reward is more than worth the risk.

EXCERPTShe returned to the lobby and scanned the area. Her gaze came to a screeching halt when it landed on the man who was already looking in her direction.
Oh. Wow.
Her wariness didn’t decrease, but a different kind of awareness flooded her. ‘Hello?’ she said huskily.
Somehow he’d known she was there, yet he seemed taken aback. His weight slowly rocked back from the balls of his feet, and his eyes narrowed. They were blue eyes. Startling blue. ‘Good evening.’
She wasn’t overreacting. The guy had danger written all over him, in that good-girls-beware sort of way. Tall and strapping, he had closely cropped dark hair and a rough-and-tumble aura that didn’t go with the tuxedo he was wearing. That wasn’t to say he didn’t look good. He looked damn good. The combination was powerful, and it hit her first in her belly and next in her knees.
Sex appeal oozed from him.
Which, of course, meant he was here for an escort.
His gaze was running over her just as alertly as she’d evaluated him, so Rielle quickly put herself behind her desk. She tucked her barrette behind her phone and fought the urge to run her fingers through her hair. ‘I’m sorry, but we’re closed.’
He cocked his head. ‘The door was open.’
And that had been a mistake.
‘Did you have an appointment?’ She knew very well he didn’t.
‘No.’ Her question had been sharp, but his blue gaze didn’t flinch. Instead, the lines of his face softened, and she had to lock her knees to keep them from melting. ‘But I’m in a bind. I was hoping you could help me out.’
She lifted an eyebrow. The man might be putting out pheromones by the bucketful, but her brain was still functioning – admittedly better on some levels than others – and she’d begun to sense danger of another sort. The entrapment sort. Luxxor was not a company that took walk-ins. ‘For whom are you looking?’
He walked closer to the desk, and she instinctively gripped its edge. The way he moved, all silent and stealthy. The expensive carpeting absorbed the noise most people made, but the air didn’t even stir at his approach. Her fingers edged closer to the silent alarm, but she didn’t push it.
Not yet.
‘I’m looking for Luxxor Limited. I know I’m late, but I need an escort for the evening.’

When taking the Myers-Briggs personality test in high school, Kimberly was rated as an INFJ (Introverted-Intuitive-Feeling-Judging). This result sent her into a panic, because there were no career paths recommended for the type. Fortunately, it turned out to be well-suited to a writing career. Since then, Kimberly has become an award-winning author of romance and erotica.  She has written for seven publishing houses and has recently focused her efforts on self-publishing. When not writing, she enjoys movies, sports, traveling, music, and sunshine. In her mind, a beach, some rock ‘n’ roll, and a good book make for a perfect day. 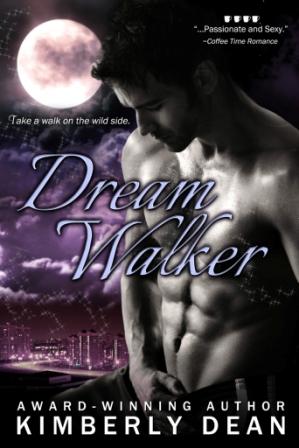 
Yet Derek may be the only one who can help her. By night he’s a Dream Weaver.  It’s his job to protect sleepers while they’re most vulnerable. With Shea threatened, he makes things personal, and their nights together turn steamy and intimate.  He’s ready to battle against the Somnambulist that’s been controlling his lover in her sleep, yet is the night demon really causing all the harm? When Shea’s groundbreaking research notes are stolen, it’s clear that other evil forces may be at work.

Falling - Red flag for major problems at work or relationships
Showing up to school/work naked - Vulnerability, anxiety, fear of being exposed
Death - A wish to terminate a job or a relationship, a wish to start something new
Cheating - Lack of trust in romantic relationship, compromised beliefs or integrity
Test-taking - Work stress, being scrutinized, anxiety
Being chased - Avoidance, need to face a problem, drive or ambition (for chaser)
Showing up late - Being overwhelmed, doing too much
Flying - Out of control situation, sign to let go, new perspective, freedom
Snakes - Fear of the unknown, hidden threats, sexual temptation, transformation
Teeth - Vanity, powerlessness, deception
Being lost or trapped – Uncertainty over a waking life situation
Natural disasters - Overwhelmed by something that seems chaotic
Discovering new rooms/spaces in buildings - things are opening up, you feel free

I'm running a poll on my website to determine what dreams my readers have the most often.  Drop by http://kimberlydean.com to learn the results!