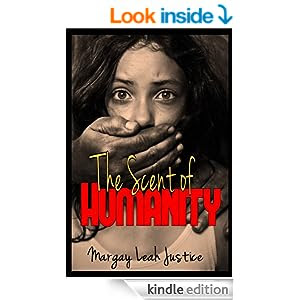 Lightning doesn’t strike the same place twice. In theory. But in one small town, in one family, that
theory is put to the test.

Growing up in a rural town in Massachusetts was supposed to be safe, but for SILVIE CHILDS, that safety was shattered by a kidnapping attempt that forever changed her life. Now, nearly twenty years later, that sense of safety is challenged again by the kidnapping attempt on her young niece, and Silvie is left struggling with one question: How can something like this happen twice in one family?

It is a dilemma shared by NICK FAHEY, the detective assigned to the case. Arriving on the scene of the abduction attempt, Nick expects to run a routine investigation. Until he meets the victim, the niece of a woman he once considered a dear friend. Unfortunately, these days Silvie Childs can barely stand the sight of him.

Once there was a time when Silvie Childs worshipped Nick Fahey, believing he could do no wrong. Until the accident that nearly killed her brother; the accident that Nick reportedly caused. Coming on the heels of her own near abduction, the accident skewed Silvie’s ability to trust men – especially Nick. But now, with the attempt on her niece’s safety, Silvie finds herself in the untenable position of having to trust Nick to bring the kidnapper to justice.

That trust is severely tested when, after only two months, the case is closed for lack of new evidence. Feeling betrayed by the system in which she works as a paralegal and by Nick, Silvie takes matters into her own hands. Contacting local news stations to generate interest in the case, allowing herself to be filmed hanging sketches of the suspect on telephone poles, she will risk her own safety to protect that of her niece. When her efforts re-open the wounds of her past, she is once again forced to put her trust in the one man who still has the power to hurt her – Nick.


“What’s this?” he asked, cupping her face in his hand and running the thumb along the lower edge of her too-full lips. “A little hint of maturity? Silvie Childs apologizing?”
She nipped his thumb at the jibe, not hard, just enough that he hissed out a breath in reaction. All hint of humor fled from him. He was intent, serious now, every nerve in his body on high alert. “Is that how you want to play it?” he whispered, his voice guttural. “Huh?” He moved a little closer to her, maneuvering her up against the open door. Slipped his thumb between her lips, parting them. “You think we’ve danced around this enough for one day, hmm?”
“I don’t know what you mean.” Her lips brushed against his thumb as she spoke, igniting a spark within him. Interesting.
“Liar,” he said as he dipped his head close enough to replace his thumb with his lips. But he didn’t. Instead, he skimmed his lips along her cheekbone to her right ear, flicked his tongue along the rim of the opening. Into her ear, he whispered, “When you stop lying to yourself, I’ll give you what you want.”
She grabbed the hand he still cupped her face with, the gesture almost – convulsive. Hmm, what was that about? Her breath in his ear sent a shiver throughout his body. “And what,” she whispered against his cheek, “do you think I want?”
He nipped her earlobe, smiled at her shocked gasp. Soothing the nip with a flick of his tongue, he murmured, “Oh, I don’t know.” Into her ear, “Think about it.” Sliding his lips along her cheek as he withdrew, he couldn’t resist allowing the tip of his tongue to flit across her lips in parting. When she opened her mouth as if in protest, he warned, “Uh-ah, you’ve got to stop lying to yourself first.”
She slipped her fingers into his hair, grabbing hanks of it to anchor his head and prevent his retreat. He resisted the urge to smile – and to kiss her when she made the overture to him. He merely slipped his thumb back over her lips, using it as a barrier between them. When she cast him a pleading look, he asked, “Do you still hate me?”
“Yes,” she admitted when he slid his thumb away, releasing her lips from captivity. “More than ever.”
He smiled and angled his head, as if preparing to kiss her. “Why?” he asked instead.
“You know why!”
“Mm,” he murmured, accepting that as her answer. “And who do you hate more right now?” He dipped his head a little closer. “Me, because I won’t do what you want – or you, because you want it?”
“Me, all me,” she whispered as she swooped in close and took what she wanted from him. What he allowed her to take from him. Voraciously.
Good Lord, he thought moments before she pulled away, shock at her own actions clearly written on her face. Where had she learned to kiss like that?
“Ah, Silvie,” he said, dragging his thumb over her full lower lip before he favored her with a lingering, open-mouthed kiss, “I don’t think you hate me as much as you think you do.” He pulled back before she could respond – to his words or his kiss – and jogged down the three short steps from her front porch to the walkway. “Goodnight, Silvie,” he called over a shoulder. “Lock the door behind me.”

ABOUT Margay Leah Justice
An avid reader and mad knitter, author of the books Nora's Soul, Sloane Wolf and The Scent of Humanity.