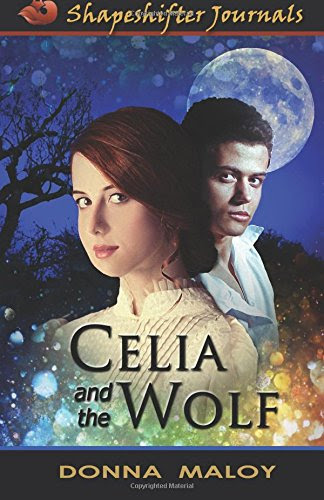 Which one is the real monster?

Celia Ashleigh, otherwise known as The Fox, is a shapeshifter and spy-in-training, like other firstborn Ashleighs.
Remy Broussard and his sister are werewolves. But The Guardian of La Cluse is on a crusade to wipe out monsters like them. He’s kidnapped Remy’s little sister and plans to kill her when she changes for the first time.
When Remy begs for help, Celia doesn’t hesitate to take on a real mission. But the closer Celia comes to finding the madman and his captive, the more dangerous her task becomes… and the more hopeless.
What will happen if Celia makes a mistake and the hate-filled crusader discovers she is something more than human, too?

REVIEW
“A thrilling adventure with a fiery, engaging heroine you will not want to take your eyes off for a second!”--Ammi-Joan Paquette, author of Rules for Ghosting


March, 1806.
Although I could see several cats in the courtyard, some quite large, not one was my father, the shapeshifter known by the codename Panther. He wasn’t one of the horses or ravens, either.
In truth, I knew finding him wouldn’t make any difference. Our training sessions at Redgate weren’t scheduled to begin until the first of August, after Parliament adjourned. But I was bored, bored, bored. And lonely.
The King was fighting with his ministers again, and Papa had been in meetings with government people all week. I missed him desperately. He was the only person in London with whom I could talk about shifting. The only person like me. Even after six years, Noreen still got hysterical when I changed shape in front of her. And Mama had made me promise I wouldn’t tease Graham with things he couldn’t do.
But practicing secretly in my room wasn’t the same as closing my eyes and becoming a rabbit, running lickety-split through the brambles and briars—away from houses and rules. Or watching a falcon swoop over rooftops, and then shifting my bones to join her in the sky above the trees.
London society decreed that as the daughter of a baronet, I should be demure and obedient, feminine and charming. And that’s all. It’s why I longed so much for Redgate. There in the deep woods I could be anything!
Well, as a strict matter of fact I couldn’t be a fish. I still hadn’t learned how to become one. It wasn’t that I was afraid to swim. Not exactly. I simply hadn’t figured out how they did the breathing-under-water. But today, I felt perhaps it was time to try.
In fact, I’d agree to become a skunk or a slimy slug if only Papa would take me to Redgate today. Leaving London would be worth anything. I needed to be something right now.
Well. Breakfast wouldn’t be served for an hour and if I were careful, Papa need never know…
I rapidly shifted to the shape of a lark and took off out the window. In the tree outside our library, I joined a chorus of birds singing to the dawn. It was the most perfectly lovely way to start the day. But when I made to return, I found the window shut. Drat.
Changing course, I flew to the kitchen door and entered fast, above the head of the milk boy. I almost escaped to my room without notice. Almost.
When I came down the Great Stair to breakfast, I heard Papa’s voice.
“What is this?” He paused, then sighed. “Oh, Celia.”
He must have found the chandelier bits I left behind when I flew too high in the hall. I’d broken Rule Number Six again, but this time there was evidence. Quietly, I backed up the stairs and waited until I heard Mama’s voice bid Papa goodbye. Then I pasted a sunny, cheery smile on my face and entered the breakfast room.
“Good morning, everyone. Where is Papa off to today?”
“He has business in the country,” Mama said brightly.
Double blast! That was our secret code to keep nosy servants from gossiping. What she meant was the Prime Minister had sent Papa off on another mission. He might be gone for ages.
Papa, Sir Robert Ashleigh, was a secret Deputy of the Crown. In fact, for seven generations, all the Ashleigh families had trained their firstborns to become Crown Deputies. Using our special abilities, we worked all over the world.
I’ll be one, too. Eventually.
I was so tired of that horrid word.

ABOUT Donna Maloy
Donna Maloy lives on the Texas Gulf Coast. CELIA AND THE WOLF is her first book for teens. She’s also written more than twenty-five plays for elementary and middle schools. She loves ethnic foods, shopping, Jeopardy, and geeky things like Google Glass. Donna’s always interested in reading terrific books from new authors, particularly teen writers. Her website (donnamaloy.com) and her blog (tangledwords.com) contain resources for new writers, with a focus on contests, workshops, publications and advice for teens authors. You can also follow Donna on Facebook , twitter , Goodreads , and Pinterest .