MFRW Author Jessica E. Subject shares her favorite science fiction movies.
Jessica is the author of contemporary and science fiction romance, ranging from sweet to sexy. In her stories, you could meet clones, or a sexy alien or two. You may even be transported to another planet for a romantic rendezvous. When Jessica isn't reading, writing, or doing dreaded housework, she likes to get out and walk. Fast. But she just may slow down if there is a waterfall nearby. Jessica lives in Ontario, Canada with her husband and two energetic children. And she loves to hear from her readers. You can find her at jessicasubject.com and twitter. 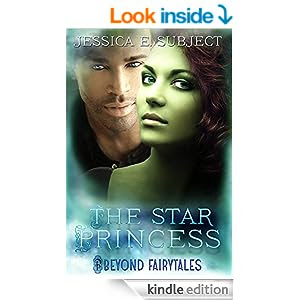 In one week, Princess Ro’sa will board a spaceship, leaving her home on Minjet to be with her betrothed on Earth. The only problem is, she detests the prince’s selfish and arrogant ways, preferring to spend time with his personal aide, a man who stirs her desires in ways she never imagined possible with his radiant blue eyes and smouldering lips. And oh, the way he touches her.

Earth’s post-apocalyptic landscape offers little, but the alliance offers much, and a princess must do her duty, no matter the danger to her person and to her heart.

Will Princess Ro'sa honor her duty or follow her heart?


At the whoosh of the space shuttle flying overhead, the feline on Ro’sa’s knee hissed before jumping to the floor. Ro’sa hurried to the front of the house, pressing her palms and nose against the window. Somewhere in that ship was her betrothed, the prince from Earth she would marry.
Ka’lyn, her best friend, squeezed in beside her, claiming the rest of the available window space. “What do you think he looks like? I’ve never seen anyone from Earth before. Maybe he has two heads, or one eye....” She nudged Ro’sa’s side. “Two cocks?”
“Ka, really?” Flaring heat rushed to Ro’sa’s cheeks and temporarily paused the fluttering of firetubes in her stomach. In seven rotations, she would say good-bye to her home, her family, and all of her friends to be with a complete stranger. She’d grown up knowing this time would come, but it had always seemed so far away. Until he’d arrived. Ro’sa swallowed her nerves. “His people just recently joined the Confederacy. I think the only reason they were invited was to prevent an intergalactic war when they learned of the existence of life beyond their own solar system.” They’d already destroyed most of their planet. Who knows what they would have done had the Confederacy not intervened?
Ka’lyn grabbed her shoulders and turned Ro’sa to face her. “I know all this, but what do they look like?”
“Humanoid, like us.” She searched her memory for the few Terran dignitaries she’d met. “But their skin is different shades of brown, from nearly white to almost black.” Though she had no idea where her betrothed fit into the spectrum, never having been allowed to travel to Earth. How she wished she had. If her parents had allowed them to meet earlier, she’d have far fewer worries and much more experience with how to interact with those from Earth, and with her betrothed. She’d retained her virginity for him, the only female her age on the planet who hadn’t experienced sex, though she hoped to know what it was like before she left for Earth.
“Weird. So, when do you get to meet him?”
“Tonight.” Ro’sa returned her gaze out the window, watching the shuttle descend onto the runway. Had the prince saved himself for her? “There’s an official introduction ceremony where we will shake hands and eat our first meal together.”
“That’s crap.” Her friend tugged on her fingers. “Let’s go meet him as he’s coming off the ship.”
Ro’sa shook her head, yanking her hand away. “I can’t. I have to follow protocol.”
“Then we’ll hide in the shrubs. Don’t you want to check him out before you’re introduced to him in front of everyone?”
Biting her bottom lip, Ro’sa watched the spacecraft disappear below the treetops. “I guess.” Then she wouldn’t look like a fool in her first reaction to him. She could hold her emotions in check, having already caught sight of the prince.
“Let’s go then.” Ka’lyn stood at the door before she had the chance to move.
They left her friend’s home behind. Darting through the woods on the packed dirt path, Ro’sa hoped they’d make it to the runway in time. If the castle guards hastened him away, they’d never make it in time. Why hadn’t her parents let her meet him years ago? Was he that horrendous looking? At least they could have shown her a picture. 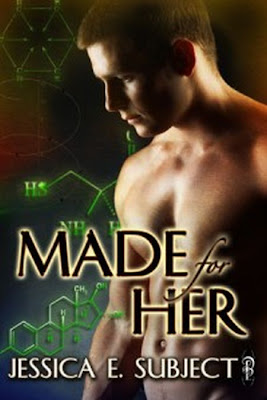 After terrorists murder the love of her life, Colonel Mikayla Jones trains squadron after squadron of the clones he brought to life, to take to the skies. When she discovers a young clone of her husband in her newest class, her world spins out of control. How can she command the look-a-like when she can’t help but yearn for him to fill an ache in her heart?
Dare was created to be the best. As the first Daniel clone to leave Onatria labs, he needs to prove he is more than just a DNA copy. To do that, he must rely on the wife of the man who donated his genes. But when she refuses to train him, Dare faces discharge and returning to the labs. Can he convince Colonel Jones to finish his training and find a way into her bed? Or will long-kept secrets unhinge the entire clone project?
No comments: 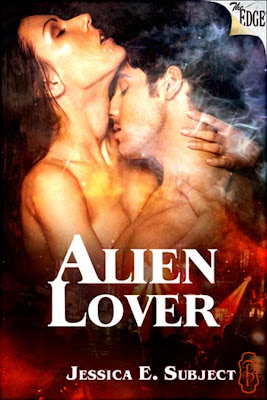 
Unconvinced of her fiancé’s demise, Molly combs the galaxy to search for him. As her supplies run low, she is forced to turn around and set a course for Earth, alone. But, a Moloxian Starcruiser halts her retreat, and the single passenger transports onto her ship without permission. Taser in hand to defend herself, she is startled as the form remolds into her fiancé. Has Diego found her or is her tired mind playing tricks?
1 comment: