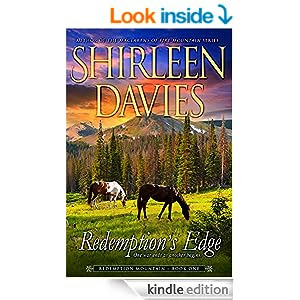 Dax Pelletier is ready for a new life, far away from the one he left behind in Savannah following the South’s devastating defeat in the Civil War. The ex-Confederate general wants nothing more to do with commanding men and confronting the tough truths of leadership.

Rachel Davenport possesses skills unlike those of her Boston socialite peers—skills honed as a nurse in field hospitals during the Civil War. Eschewing her northeastern suitors and changed by the carnage she’s seen, Rachel decides to accept her uncle’s invitation to assist him at his clinic in the dangerous and wild frontier of Montana.

Thinking his battle days are over, Dax now faces dangers of a different kind—one by those from his past who seek vengeance, and another from Rachel, the woman who’s captured his heart.


“Tell me about Splendor.” Dax did have an interest in learning more about the town. However, what he needed now was to hear her voice.
Rachel relaxed and leaned back in her chair. “Well, let’s see. It’s a wonderful town. Everyone is friendly and obliging, always offering what they can to help out a neighbor. About anything you need is available. Not extravagances, you understand, but the basics. I sometimes miss the type of merchandise available in Boston, but not often.” She paused a moment and closed her eyes. “Reverend Paige and his wife are perhaps the nicest people I’ve ever met. They have this…I don’t know…welcoming way about them. Everyone is accepted at their church.”
Dax followed her lead and closed his eyes. “So tell me what you don’t like about it.”
“Dust storms, although there’s been just one since I’ve been here. Apparently, they rise up in minutes and, before you know it, you can’t see three feet in front of you. A slight one blew through town the day you and your brother arrived, but they get much worse. When the storm blows through, it leaves grit and dirt everywhere.”
They sat a moment in relaxed silence. Dax could hear her soft breathing and wondered if she’d fallen asleep.
“The sunrises and sunsets.”
“What?” Dax asked, his brows drawing together in a confused frown.
“I love the way the sun peeks up over the eastern mountains and cloaks the town in a soft, yet brilliant light. At sunset, the sky can turn the most amazing shades of pink, orange, yellow, and violet. I’ve never seen anything like it. It truly takes your breath away.”
He glanced over to see her smiling as if she were picturing the scene she’d described.
“You’ll stay then?”
“For a while, at least. I’ve been here since early fall, so not quite a year. According to the people who’ve been here the longest, the winters are the worst and I’ve lived through one already.”
“Was it bad?” Dax had fought through harsh winters during the war and never imagined ever living through them again.
She chuckled. “If you consider snow storms that last a week, leaving mountains of snow behind then, yes, it was a challenge. At the same time, it was exhilarating in a way I can’t describe.”
Dax let her voice wash over him. Something about the tone and intensity worked on his senses, causing his body to respond. He shifted in his chair, attempting to hide his body’s reaction.
“When the snow melts, the grasslands turn an almost translucent green. The countryside is thick and lush. I’d run my hands over it, marveling at the silky feel.” She ran a hand along the arm of her chair in a slow movement, almost stroking it.
Dax watched her hand travel along the wood of the chair, caressing it, and let out a groan.
“Are you all right?” Rachel gazed over at him.
He cleared his throat and stood. “Yes. I guess I’d better see how Luke’s doing in the kitchen.”
“He’s fixing supper?”
“Let’s say he’s heating up some stew from last night and attempting to make biscuits. I’d suggest you do your best to ignore the results.” He held out a hand to help her up, taking a moment before letting it go.

ABOUT Shirleen Davies
Shirleen writes romance—historical, contemporary, and romantic suspense. She grew up in Southern California, attended Oregon State University, and has degrees from San Diego State University and the University of Maryland. During the day she provides consulting services to small and mid-sized businesses. But her real passion is writing emotionally charged stories of flawed people who find redemption through love and acceptance.  She now lives with her husband in a beautiful town in northern Arizona.