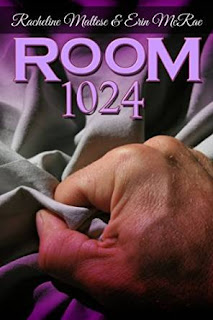 When Cameron takes his submissive boyfriend Noah to a gay men's leather convention in San Francisco, Cam expects to spend the week exploring their relationship and experimenting with non-monogamy. What he doesn't expect is to run into his own former dom, Lou, in an embarrassingly public reunion.

While Noah is enthusiastic about the opportunity to play with the former international leather title-holder, Cam is more wary. He and Lou have unfinished business. A four-way encounter with Lou and his sub Stephen could be great fun—or it could show Noah that Cameron can never quite be the dom he wants and needs.

As Cameron and Noah work through the uncertainties in their relationship, Noah is offered everything he ever wanted, in a completely different way than he ever expected, leading all four men to discover that sometimes the only way forward is to revisit the past.


"Cameron Evan Beck, get your perfect ass in here!”
Cameron turns to follow the voice, so familiar and fond coming from one of the workshop rooms, before he even thinks about it. It’s only as Lou, completely dressed in leathers and holding a bullwhip in his hand, pulls him into a hug in front of what’s clearly a workshop Lou’s leading, that Cam starts to realize just how fucked he is.
“This,” Lou says, introducing him to the room before Cameron can even manage to make a sound, “is Dr. Cameron Beck, professor of queer studies at Boston University. ” There’s only the slightest of dramatic pauses before he adds, “Cameron used to be my boy.”
With that, Lou gives him a wet, smacking kiss on the cheek.
Cameron can’t help but look sheepish. This is not how he wants to be introduced to a room ever, even if reflex and history leave him a little proud.
Lou calls a break with his class and then turns to Cam again. “Are you here with anyone?” he asks quietly, glancing down appraisingly at the leather band on Cameron’s left wrist. He looks good. Lou’s not tall, but he is broad with wide shoulders, a strong chest and more than a bit of a belly. His charisma is as intense as ever, and although the touch of gray now at his temples is startling to Cam it’s also really hot.
“Yeah,” Cameron says, unsure why he doesn’t mention Noah’s name or any of his many places in Cam’s life. Forming sentences seems really hard.
“Good. Me too,” Lou says and tips his head toward a man who must be in his early thirties sitting on the floor in the corner of the room, quietly rebraiding a whip he’s obviously in the process of repairing.
Cameron feels his jaw tense with unavoidable and incredibly stupid jealousy; his fingers were never nimble enough to be really good at that sort of work.
“Are you competing?” Lou asks as if Cameron has actually been keeping up his end of the conversation.
“No,” Cam says. The whole leatherman beauty pageant competition thing may be fun to watch, but it’s never been among his aspirations. “You?”
“Oh no. Enjoying my emeritus position and a lack of annoying travel way too much. ”
“What about him?” Cameron asks, nodding to the guy. Cameron can imagine him competing for one of the bootblack titles. He’s certainly pretty enough, with tan skin and black hair that falls down into his eyes. He’s lanky, and sits kind of folded in on himself, but that’s attractive, too. Lou would certainly have no problem training him into better posture for the competition.
“What about him?” Lou’s voice is gently mocking.
“Is he competing?”
“No. I don’t feel like sharing him yet. At least not like that. Yours?”
Cameron shakes his head and finally realizes just how much he does not want to be having this conversation. He wants to go back to his hotel room, get Noah, go out and sightsee —-- and pretend none of this world has ever been his.
“We should have dinner,” Lou says. “Call me. I’m in room 1024.”

ABOUT Racheline Maltese & Erin McRae
Erin McRae and Racheline Maltese are authors of the gay romance series Love in Los Angeles, set in the film and television industry -- Starling (September 10, 2014), Doves (January 21, 2015), and Phoenix (June 10, 2015) -- from Torquere Press. Their gay romance novella series Love’s Labours, set in the theater world -- Midsummer (May 2015), and Twelfth Night (Fall 2015), is from Dreamspinner Press. They also have a story in Best Gay Romance 2015 from Cleis Press and edited by Felice Picano.

Racheline is a NYC-based performer and storyteller; Erin is a writer and blogger based in Washington, D.C. They write stories and scripts about the intersection of private lives, fame, and desire.

You can find them on the web at http://www.Avian30.com or on their Facebook Page at https://www.facebook.com/Erin.and.Racheline.