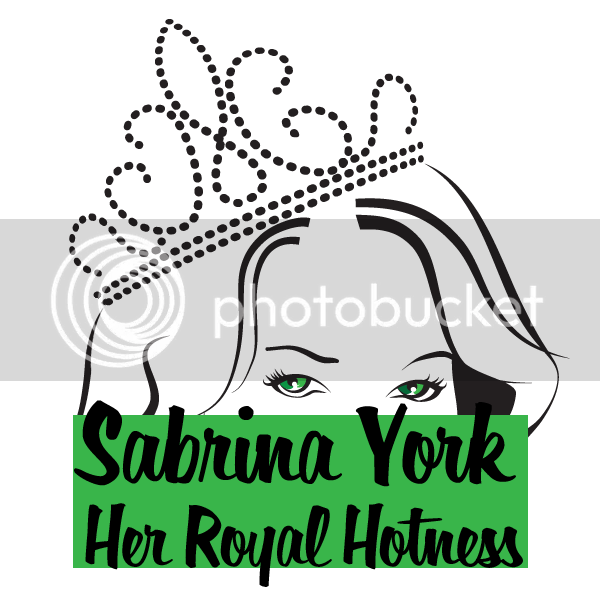 
Check out my Pintrest boards (prepare to spend the day): http://www.pinterest.com/sabrinayork/boards/

A Scorching New Release from Sabrina York and a #Tiara #Giveaway

Snow Angels, the final book in the Decadent Calendar Men Series is here!

The last thing Wade Masters wants on his month-long getaway to his sister’s wilderness cabin is company.  A wounded warrior, Wade is looking for complete isolation to deal with the tragedy of his life and his screaming guilt.

But company he gets, in the form of Lyssa Salk, a spunky, diminutive massage therapist. Who says she can talk to dead people.

Trapped together in the snowbound cabin, Wade and Lyssa have little else to do but help each other heal, spiritually, physically and sexually.

He probably stayed in the shower too long; the water was turning tepid. But Wade didn’t care. He stepped out and dried off, ruffling his hair with the fluffy towel. He tried to ignore the pink hearts. But it was either pink hearts or Hello Kitty.


He resolved, if he ever visited this cabin again, he would bring his own towels. Something manly.


A sharp series of barks brought his head up with a snap.


Bo rarely barked, and then only at a threat.


Wade snapped into gear, wrapping the towel around his waist and stopping in the bedroom to grab his pistol. He’d seen bear tracks and scat on his run and though it was the middle of winter, he knew they could come out of hibernation. They’d been known to break into cabins if they smelled food.


His heart leapt into his throat at the thought of Bo facing a hungry five-hundred pound beast with no protection.


Towel flapping, he pounded down the short hall into the great room of the cabin, expecting the worst. He stopped in his tracks.


It was the worst.


But an even greater predator.


There, pressed up against the door, cornered by his snarling protector, be-speckled with snow and clutching a mangy backpack, was a woman.


He could tell she was a woman, even though she wore about six coats, one on top of the other, and a knit hat pulled down over her ears. Long black hair escaped from the cap, trailing over her shoulders. But it was the eyes that gave her away, wide and round and fringed with thick lashes. And her chin. It was delicate, dimpled, quivering. Her lips were parted. Her exquisite face pale.


Bo glanced back at him as if crowing, look what I caught! And then edged forward with an ominous growl.


The girl clutched her backpack closer and issued a panicked little peep. She tried to press back into the door, making herself as tiny as she could, but there was no give.


Besides, she was tiny enough.


He would have thought her a fairy come in from the woods if he’d had a hint of whimsy in him. And if she hadn’t been wearing everything she owned. He didn’t know much about fairies, but he was pretty sure they had some fashion sense.


Bo’s growl became a snarl, a snap, and the girl warbled a wail. “Please!” she cried. “Call him off!”


Wade snapped his fingers, fully expecting Bo to heel. He’d been methodically trained by a world-renown expert. He always behaved.


His hackles rose and he took another menacing step toward the girl. A tear tracked down her cheek. Her entire body shook. “P-please!”


“Bo! Fuß!” The command to heel in the language he’d learned as a puppy, penetrated and Bo licked his muzzle, gave a canine whine and padded to Wade’s side. “Braver Hund.” Wade riffled the scruff of Bo’s beck and gave him a scratch. “Good dog.”


The girl collapsed against the door, but her attention did not waver from Bo, whose hackles were still up. Wade didn’t understand his dog’s reaction. He’d always been friendly to strangers before, more likely to whap them to death with his tail than to so much as growl. But then his gaze fell on the small cage at the girl’s feet and he froze. He could see a hint of the creature inside and he suddenly understood.


Not only was his solitude shattered by an unwanted female guest, a bedraggled homeless ragamuffin, she’d brought a cat.

GET YOUR COPY NOW!

About the Calendar Men Series


Read all 12 stories in this brand new multi-author series for 2014...and you'll have a new book-boyfriend for every month of the year!

Off the charts swoon-factor.
Hot heroes.
A man for every month.

Told by some of best authors in the world of romance, the Calendar Men stories have contemporary settings and star strong heroes doing good while
looking great; men pose for a charity calendar to help military families of fallen heroes. Each has his own special reason for wanting to help the fictional Hero Family Fund, and each has his own obstacles to overcome.


April – Frontier Inferno by Kate Richards
May – Shockwave by D. L. Jackson
June – The Other Brother by Lucy Felthouse


I admit it, I am a bling addict. As a result, I occasionally need to empty out my tiara closet so I can buy more. Enter to win one of your own and a signed copy of one of my print books here:

Other Books by Sabrina York


Heartbreak on a Stick (Hometown Heroes: Hotter Ever After Collection)


The Real McCoy--in the Cowboy 12 Pack

Fierce (A One Night Stand Story)


The last thing Katie expects—when she meets her friend Joy for a girls’ weekend in Vegas to celebrate her divorce—is an ambush. But Joy, determined to get Katie “back on the horse,” has submitted her profile with Madame Eve—who’s found her the perfect man.

Katie doesn’t want another man. She certainly doesn’t want or need confirmation that it’s her fault Mark could never satisfy her.


When Sebastian—scarred by the infidelity of his wife—overhears Katie’s confession, and the fact that she was faithful to her husband for ten years even though he never met her needs, he’s intrigued. More than intrigued. He’s determined to prove to this gorgeous, tempting, fascinating woman that she is not frigid. In fact, she is fierce.