SpotLight on Featured #MFRWauthor of the Month Suz deMello @SuzdeMello 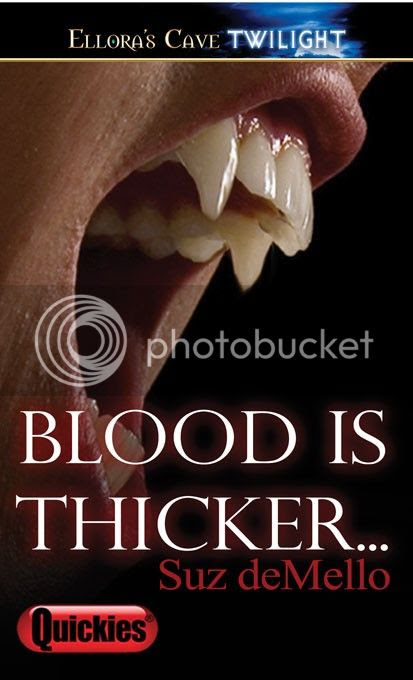 It’s almost October, which means we’re closing in on Halloween. Suz will be featuring her paranormal stories in October but don’t worry—there will be lots of steam!

Here’s an excerpt from Blood is Thicker, a vampire tale set in northern California. A paranormal action-adventure, it features two vampires, one selkie and a kidnapped baby.

I cannot begin to describe the communion that’s created when two immortals connect. Kissing is like an orgasm not only of the body, but of the mind and soul as well. Yes, we have souls, unnatural though they may be.

I tugged him closer, frantic to feel his chest against mine, desperate for his cock to enter me. It had been so long… Besides, up close and personal, John’s sheer masculinity overwhelmed me. I’d forgotten how seductive lust could be. I could become addicted to his kiss, the hard planes of his body beneath my questing fingertips, his raw animal blood-scent.

If you like what you read, find the complete short story here:


Her books have been favorably reviewed in Publishers Weekly, Kirkus and Booklist, won a contest or two, attained the finals of the RITA and hit several bestseller lists.


A former trial attorney, her passion is world travel. She’s left the US over a dozen times, including lengthy stints working overseas. She’s now writing a vampire tale and planning her next trip. 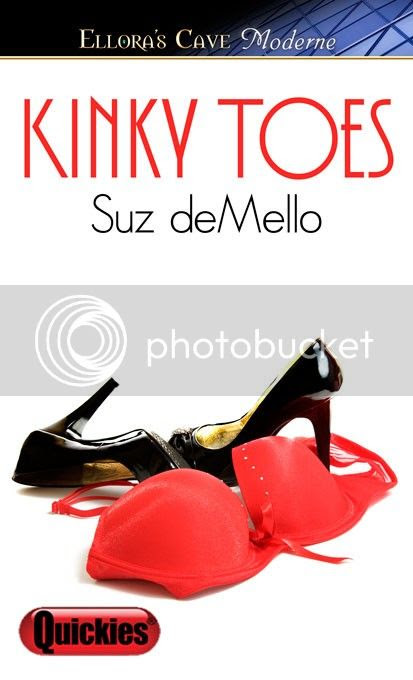 Blurb:
Shelbie Nathanson resents Rick Saldano's ascension to C.O.O. of her family's shoe company, a job she's wanted all her life. But she can't resist his red-hot, sexy style of lovemaking... one that focuses on her passion: shoes.

Excerpt:
The moment they were alone in the elevator, she sprang at him and pressed her lips against his. His arms wrapped around her and held her tight as his tongue invaded her mouth. She sucked at him hard, shoving her hands into his hair. He tasted and felt divine.

Her body was aflame, all light and heat, and he picked her up as though she were made of unsubstantial fire, weighing nothing. She wrapped her legs around his waist, clinging to his shoulders. His big hands supported her under her ass, and he rubbed and kneaded the cheeks as he walked, continuing to kiss her hard and deep, the thrusts of his tongue presaging what she hoped his cock would be doing very soon.

He forced her against the wall, keeping her pinned with his solid, muscular body while he found his keys in his pocket and opened a nearby door. Dragging her through, he kicked the door shut.
She was trapped with him in the darkness. It was crazy, but she didn't care. At that moment, she didn't give two farts about the company or anything else except getting this man inside her.

FREE COPY of her new release! COMMENT for a chance to win.