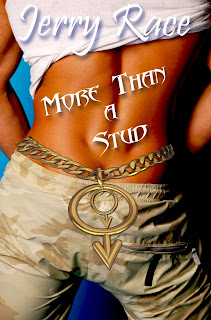 Blurb: Will stakes and fangs keep Shane and Jamie from being a couple before their relationship begins? Shane Richards, 24, male model, has a few problems. His rival threatens to discredit him if he participates in the upcoming America’s Top Male Model contest. Near his twenty-fifth birthday, the dormant vampire abilities within him begin to surface and he starts having nightmares about meeting the father he’s never met. As if that isn’t enough, one of his male friends who has the hots for him is determined to make him his lover. On his birthday, his nightmares come true and he winds up risking his life in a battle with his father over a pendant with supernatural powers.


This book is a new release from Muse It Up Publishing.
1 comment: