My personal image changed after several important pieces in my life were removed. In the fall of 2010, my youngest son headed off to college. At the same time, my husband and I moved from Nebraska to Southern California. My empty nest had a new home. A few weeks after we moved into our new house, my father also died. Talk about stress factors in your life, I had plenty, but I also felt as if self-image was being torn to shreds.

Who could I claim to be?

Yes. I was still a mother, but the full-time job wasn’t what it once was. Now I had nights and weekends with just my husband in a new place. No constant chatter, no kids running in and out, no hello kisses and good-bye hugs—instead silence.

My dad dying added another element. With my mother having passed away a number of years before him, I now felt like an orphan, alone and abandon by my parents. I know it sounds silly, but that’s the way I felt.

So what did I have left?

I am extremely lucky. I have a solid marriage and a wonderful husband. My career as a writer was moving along with having published a number of books. I reconnected with friends from when I lived in Southern California a few years prior.

Yes, my energy level was low, but I’ve exercised for most of my life. I knew I could lose weight and turn things around if I got moving.

But none of that helped my spirit. I needed something to feed my soul and spark a passion for life. So I did what I always do when I’m lost. I threw myself into my latest release – Birth.

The second book of the Executive Wives’ Club, Brie Sullivan’s whole life has changed too. She’s a widow, a new mother, feeling alone and afraid. I put myself into her shoes and found her a man who could love her. No, she not kick-butt strong, she’s feeling lost with no self-confidence but like me she has friends and a man who cares.

Slowly, Brie began to see herself in a new light, a person who has more to give than she thought.

Traveling on this journey with my character helped me see I have a bright future, a great life and a passion to share the heartaches of being a woman with others. We all can make it through the hard times, we just need to remember to follow our dream and let the words flow. 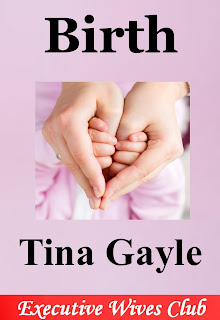 Pasting a smile on her face to hide the dark cloud hanging above her head, she lifted a plate in each hand and turned just as Jason strolled around the corner leading into the living room. His quick pace ate the distance between them. Dark hair, athletic build, sexy brown eyes, Jason epitomized what every woman would desire in a man, not counting that he was also caring and kind.
Why then, wasn't he married?
Unwilling to reveal the depths of her despair, she lowered her gaze as unwanted desire tingled down her spine. Not him, nor any other man in his right mind, would ever find her desirable. She drew in a breath, struggling not to torture herself by believing one ever would.
Stepping forward, she placed the plates on the counter, which separated the kitchen from the breakfast nook. “I'm sorry, but I haven't been to the grocery store since my parents left. All I have are fast easy meals for the kids.”
“No problem.” Jason paused by the bar and brushed his hand through the air, indicating the food. “You really didn't need to go to this much trouble. I could have fixed something for myself when I got home.”
Flustered by his comment when she hadn’t gone to any trouble at all, Brie shuffled to the cabinet and pulled down two glasses. “What would you like to drink?”
“Iced tea is great.”
She plopped the glasses down beside the plates, avoiding his gaze by staring at her footwear. The tiger head positioned on top of her slippers bobbed up and down as she walked across the room to the refrigerator. Opening it, she withdrew the pitcher. Her hand hovered over the condiments in the door. “Would you like some barbecue sauce, ranch dressing, or something else to go with the chicken nuggets?”
“No, I like them plain.” The sound of his voice drew near. The weight of the container in her hand lightened. He brushed his free hand along her back. “I’ve got this.”
His rich scent teased her taste buds more than the flavorful aroma of the chicken and his welcoming warmth tempted her to collapse into his arms.
She wrestled with the overwhelming impulse. He didn't need her problems. Yes, he’d been there when she needed him, and he’d been a good friend. A damn good friend, but she couldn’t continue to lean on him. He deserved a woman who could love him, not one with a built-in family, or one who was still in love with her dead husband.
Tears clouded her eyes as she realized a man would never hold her again. Her heart ached and then slowly broke in two at the thought of her children never having a father. Defeated, she closed the refrigerator door.

Want to read the first chapter of “Birth”? Visit my website – http://www.tinagayle.net 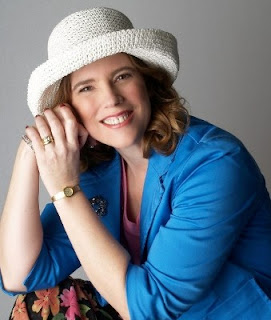 Tina Gayle was born in Texas, the place of her heart and where most of her family still lives. The youngest of four daughters, she grew up a dreamer.
She worked for years in the business world doing a variety of accounting jobs. Then when her two sons were little, Tina decided to go back to school to get a degree in MIS. She only used this degree a few years before deciding to follow her passion for writing romance.
Her first book, Pregnancy Plan was published by The Wild Rose Press in 2007. Next, she tried her hand at writing a paranormal story. Mating Rituals came next and is a farther step away from her other contemporary stories with more off-world fantasy elements. Then she wrote two more contemporary, Baby Decision and Youthful Temptations. She is currently working on a series about four executive wives. The ebooks will come out in 2012 and 2013.
Married twenty-five years, she and her husband love to travel and can’t wait for Mike to retire so they can do it more.
Always working on perfecting her craft, Tina is a member of RWA, attends writing conferences, and can be found in a number of writing classes. She also loves to hear from her readers. You can email her at tinagayle (at) roadrunner.com.