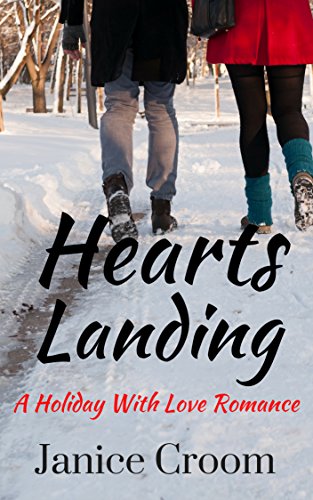 Hearts Landing
Keziah Steelman has to convince the small town of Hearts Landing to approve construction of Galaxy Corporation's mega casino. Since the town has lost its major employer, it should be an easy sell.

But so did David against Goliath. Although Keziah views Christianity as a flawed belief system, she grew up in a Christian home and doesn't underestimate the threat posed by a true believer. Her plan: go to Hearts Landing, masquerade as a tourist, infiltrate the opposition and destroy it from within.

Keziah left the Lord in her past. Secrets from Ric's past threaten to destroy his future. Can the hearts of this unlikely couple land in a love only God can give?

BUY LINK
EXCERPT
Every time Keziah walked through the doors of Galaxy Casino’s corporate offices, she could almost taste the money. The lobby recreated the interior of the Sistine Chapel, right down to the fresco paintings on its twelve thousand square foot vaulted ceiling, with one major difference. Where Michelangelo honored God, Galaxy honored money.

Instead of a literal reproduction of Adam and Eve’s expulsion from the Garden of Eden, Nathanial Radner III, president and CEO of Galaxy, expelled his two lowest performers.
Christ and his disciples at the Last Supper became Nate seated with his top twelve revenue producers for the year. Known collectively as the wall of shame and the wall of fame, employees vied all year to avoid the former and earn their seat at the latter’s most exclusive of tables.

In two weeks, at the company’s New Year’s Eve party, Nate would unveil the wall’s newest members. From her first day at Galaxy, Keziah dreamed of being immortalized as one of Nate’s disciples. After ten years, it looked like her dream might finally come true. That she’d become the first African-American and one of only a handful of women who’d made the wall was a bonus.

Keziah; Jake, Keziah’s assistant; and Nate were in Nate’s office overlooking the Las Vegas strip. They sat around the inlaid-wood conference table for their weekly meeting on Hearts Landing, Galaxy’s newest casino project. Pulling this off would earn Keziah her rightful place on the wall.

She’d just finished the financial projections—which looked better every time she ran them—and was gathering her things to leave when Nate stopped her. “Tell me you have this SOT under control,” he said.

To have something under control you had to know what it was. Business had all kinds of acronyms: ROI, EBIT, EOD. She didn’t have a clue what SOT was.

Twisting her engagement ring, she hoped the action would somehow switch on her brain. This was just like her recurring nightmare in business school where she’d show up to take a test and not only didn’t know any of the answers, she couldn’t even read the questions. There would be no waking up from this nightmare. This was happening in real time.

Jake’s smirk showed he knew what SOT was. That it wasn’t some arcane acronym she’d forgotten from B-school. It was some important aspect of Hearts Landing. Something Nate would expect her to be totally on top of.

ABOUT Janice Croom
Janice Croom is the author of the Kadence MacBride mysteries and Holiday with Love Romances. She initially studied fiction techniques to improve her non-fiction writing. Given an assignment to write the first chapter of a novel, Janice read hers aloud. The class applauded and the teacher asked, “What happens next?”

“The assignment was to write the first chapter, not what happened next,” Janice said, so she had no idea. By the end of the class, Janice wanted to know what happened next. That quest, to tell her character’s stories, to learn what happens next, drives her as a writer.
Click here to visit Janice's website
Follow Janice on Twitter @janicecroom1
Like Janice's Facebook page@ janicecroomauthorpage