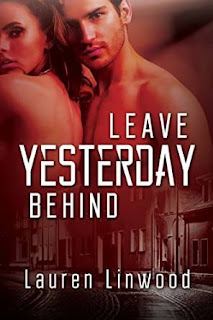 After a stalker attacks her, New York actress Callie Chennault returns to her childhood home to heal physically and mentally. She finds love with former baseball pitcher turned mystery writer Nick La Chappelle. The soul mates find their love tested when they both become the target of a serial killer. New lovers are targeted by a serial killer

EXCERPT
Callie stiffened. “I don’t drink. Period. Daddy turned mean when he did it. I got slapped around enough times because of it, so I’ve never touched a drop.”

She slammed the refrigerator and crossed her arms protectively in
front of her.

Now why did she go blurt all that out?

She rarely mentioned her father, much less the abuse she endured. She kept opening up to this man at the oddest moments. For the life of her, she couldn’t understand why.

Nick’s brow creased. If Callie didn’t know better, she might have thought it was in anger.

She recognized true sympathy on his features. Her heart did a back flip that would have made an Olympic gymnast proud.

“I’m not,” she continued, her voice calming. “When he died, I came to Noble Oaks. I never felt as safe as I did that first night. I got more than enough to eat, and I was always starving back then. Aunt C herself scrubbed me from head to toe that night, and she read me a story from a fairy tale book. I fell asleep lying in a big bed with clean sheets and frilly curtains hanging around the windows. I thought I’d died and gone to heaven.”

“Noble Oaks has that effect on people.” He acted as if he wanted to share a confidence, but he turned away, taking out several koozies and slipping the canned beers into them.

“What would you like to drink?” she asked, her anger evaporating.

“Tea would be great.” He hesitated. “I had drinking problem myself at one point. Mom marched into her big league son’s life and straightened me out.” He smiled. “I don’t even like to take aspirin nowadays.”

He gathered the beers in his arms and took them outside. Callie watched out the window as he distributed them. She poured two tall glasses of iced tea for herself and Nick as she reflected at his surprising candor.

As she reached the door, Nick came back. “Thanks.” He took the glass from her and gulped a big swig. He turned and headed over to the grill, and he and Eric good-naturedly started teasing about who was the best grill master.

Callie sat on a picnic bench.

There was a lot more to Nick La Chappelle than she’d first thought.

ABOUT Lauren Linwood
Lauren Linwood’s historical romances use history as a backdrop to place her characters in extraordinary circumstances, where their intense desire for one another grows into the treasured gift of love. Her romantic suspense novels feature strong heroes and heroines who unite to defeat a clever antagonist and discover a deep, abiding love during their journey.
A native Texan, Lauren is an avid reader, moviegoer, and sports fan who manages stress by alternating yoga with long walks. She plans to start a support group for House Hunters addicts—as soon as she finishes her next piece of dark chocolate.