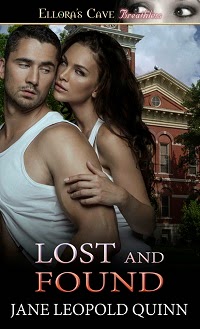 Suspense, on February 7, 2014 with Ellora's Cave.
Hunky Marine Marc Rahn enlisted after high school graduation to escape the pain of his parents’ fatal car wreck. Now on leave after eight years and multiple deployments, he returns to his small hometown to put to rest his suspicions that the “accident” might actually have been anything but.

What he doesn’t expect is an intriguing flash of a pierced nipple from a new neighbor on move-in day. The breast’s owner, Phoebe Barnes, is a beautiful young jazz singer who plans to make it big in the music business. Her early years in foster care made her hungry for attention and fame, and she’s out to achieve both at almost any cost.

Despite their differing paths, Marc and Phoebe quickly give in to the sizzling attraction between them. But will their passion turn deadly when the person who killed Marc’s family decides two murders might not have been enough?
BUY LINK
Meet the Author
Author Website  |  Author Blog  |  Twitter